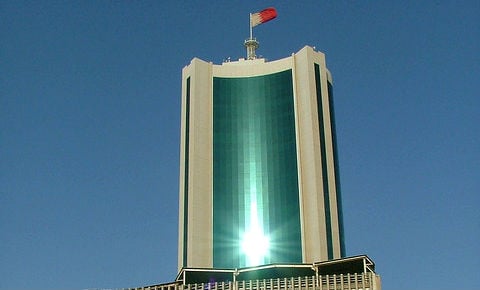 National Bank of Bahrain (NBB) is weighing an acquisition of shares in Bahrain Islamic Bank (BISB), the company said in a disclosure on Monday.

The lender is “considering making a potential voluntary offer for issued shares in BISB”, the filing said, without specifying whether NBB would be buying a stake or a complete acquisition of BISB.

This is the latest in a flurry of merger activity by Gulf Arab banks as they seek to consolidate their position in an overbanked sector and contend with slower economic growth.

NBB has provided the Shariah-compliant lender with a non-binding offer, the filing said, subject to due diligence, pricing, and shareholder and regulatory approvals. The offer may or may not result in a formal offer, it added.

Earlier this month, Saudi British Bank secured a binding deal for its acquisition of the lender’s smaller rival Alawwal Bank.

In Oman, Alizz Islamic Bank and Oman Arab Bank signed a memorandum of understanding for a potential merger, according to a disclosure on Oct. 4.

Kuwait Finance House is in talks with Ahli United Bank, and in neighbouring Qatar, Barwa Bank and International Bank of Qatar agreed to merge in August this year.