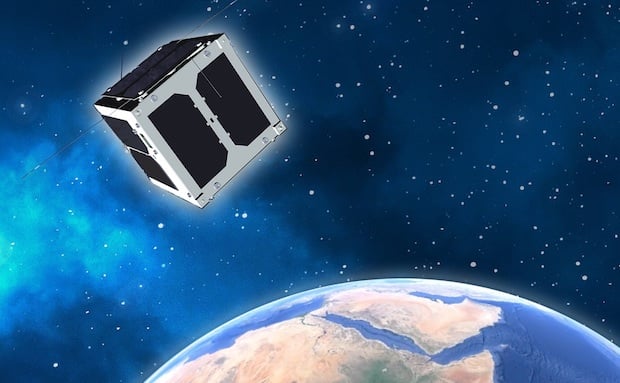 Nanosatellite Nayif-1, launched into space earlier this month by Dubai-based Mohammed bin Rashid Space Centre (MBRSC), has transmitted its first message in Arabic, it was announced on Wednesday.

Translated into English, the quote read: “The renaissance of peoples, nations and civilizations starts with education, and the future of nations starts at their schools.”

The message was transmitted from Nayif-1’s ground station, located at the American University of Sharjah, under the supervision of a team of engineers from MBRSC and university professors,and MBRSC’s knowledge transfer partner, Innovative Solutions in Space NL.

Nayif-1 is an educational project launched by MBRSC in cooperation with AUS to provide hands-on experience to Emirati engineering students on designing, building, testing and operating nanosatellites.

It was successfully launched on February 15 on board a PSLV-C37 rocket, from Satish Dhawan Space Centre in Sriharikota.

Nayif-1’s main mission objective is to send and receive messages on amateur radio frequencies and is the first 1U nanosatellite that is programmed to transfer text messages in the Arabic language.

Yousuf Hamad Al Shaibani, director general of MBRSC said at launch: “This kind of space project is of a high priority for government and educational institutions worldwide, because it provides extensive knowledge to researchers, as well as the basics of satellite manufacturing and space system testing.

“The centre aspires to building a sustainable future for the satellite industry in the UAE, and we count on our youth to provide solutions and innovations that are conducive to sector growth, and lead to gaining a competitive edge worldwide,” he added.