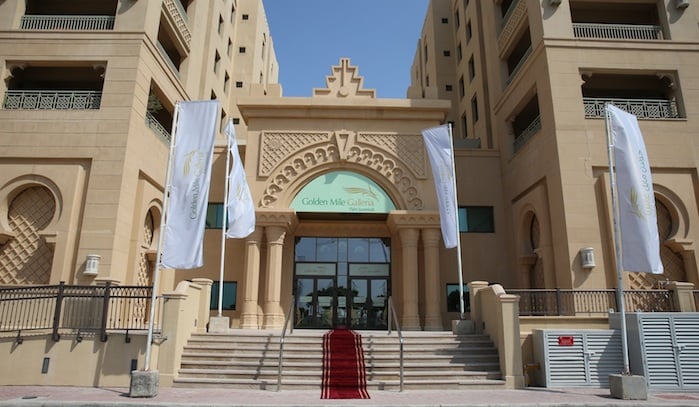 The 400,000 sq ft-complex of shops, restaurants and cafes was unveiled on October 28.

All 70 units have been filled, but two nurseries and a medical centre have yet to be operational. A 1,600-space car park has also been build underneath the building.

Nakheel chief executive officer Sanjay Manchanda said he estimated the company’s revenues will be 25 to 30 per cent generated by retail by next year. Nakheel’s other projects in Palm Jumeirah are Nakheel Mall, The Pointe, Palm West Beach and The Boardwalk.

A number of Nakheel residential projects on the island, including Azure Residences and Palm Views East and West, also feature retail and dining outlets.

On whether there was a risk of saturating the market, Manchanda said: “Yes there will be some alignment and some cannibalisation. Only time will tell whether the retail bubble will burst, but the pre-leasing numbers show the appetite from retailers is still there.”

The project has arrived five years after a heated legal battle began between Nakheel and Souq Residences, which is a joint venture between IFA Hotels & Resorts and Istithmar World.

In 2010, Nakheel sued IFA Hotels & Resorts demanding a refund of Dhs 100m paid to the company, after it claimed the cancellation of the contract for Golden Mile. Meanwhile, IFA disputed that the agreement was cancelled and countersued Nakheel in the Dubai World Tribunal, beginning a long-drawn out legal tussle.

Although IFA Hotels and Resorts reportedly began signing leases to retail outlets in 2011, all legal proceedings had to be completed before any retailers could move in.

But in November 2014, both Nakheel and Souq Residences reached an agreement which saw the former assuming full responsibilities of the Golden Mile development while the latter was relieved of all substantial liabilities.

According to Manchanda, the dispute was resolved ‘amicably’.