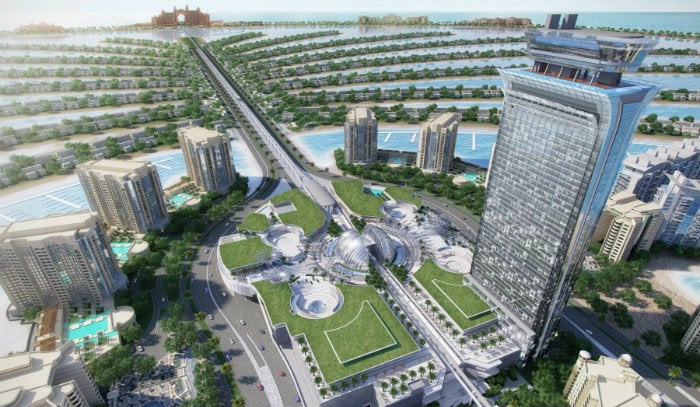 Up to 40 per cent of the mall’s available retail space is now booked, the company said in a statement.

The complex will include 200 shops, 4,000 parking bays, two anchor department stores, a nine-screen cinema and six medical clinics. There will also be a roof plaza with 12 fine dining restaurants and other cafes and eateries.

In the statement, Nakheel also said that more than 70 per cent of space at its 10,000 sqm community centre at Al Furjan has been booked, while 55 per cent of its International City neighbourhood mall is taken.

In total, 160 bookings have been confirmed across the developer’s upcoming retail projects.

Earlier this week, Nakheel also announced that it was opening leasing facilities for the 136,000 sqm The Pointe Mall at Palm Jumeirah. The Dhs800 million project features over 200 retail opportunities with a range of shopping, dining and entertainment facilities, including a fountain display.

The developer is also currently working on a mall and night market at Deira Islands, neighbourhood centres in Jumeirah Park and Discovery Gardens and expansion projects at the Dragon Mart Mall and Ibn Battuta Mall.

A Nakheel spokesman said: “Our upcoming projects – be they local community centres or world class malls – will boost Dubai’s economy by creating jobs in the construction, retail, hospitality and the food and beverage sectors.”