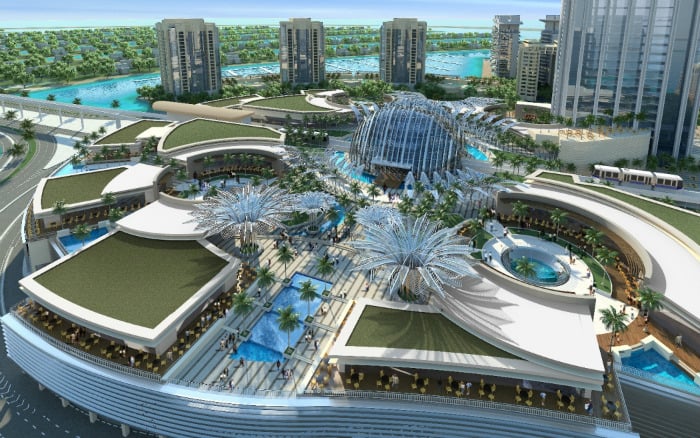 Dubai developer Nakheel announced that it has received six proposals for the construction of Nakheel Mall, its Dhs2.5 billion, 418,000 square metre retail, dining and entertainment complex on Palm Jumeirah.

Bids started at Dhs1.185 billion, the company said in a statement.

The construction contract is expected to be awarded within three months, it added.

Nakheel Mall, which is slated for completion in 2016, will be built at the northern end of the island’s trunk.

The complex will include 200 shops, 4,000 parking bays, two anchor department stores, a nine-screen cinema and six medical clinics. There will also be a roof plaza with 12 fine dining restaurants and other cafes and eateries.

Nakheel, which recently reported a 27 per cent rise in 2013 net profit to reach Dhs2.57 billion, has been scaling up operations significantly this year.

Last week, the developer announced that it had awarded three new contracts – together worth over Dhs41 million ($11.1 million) – for its Al Furjan and Warsan Village master communities.

Earlier this month, Nakheel also announced that it had awarded a Dhs375 million contract to Gulf Technical Construction Company– a subsidiary of Drake & Scull – to build The Pointe mall at Palm Jumeirah.