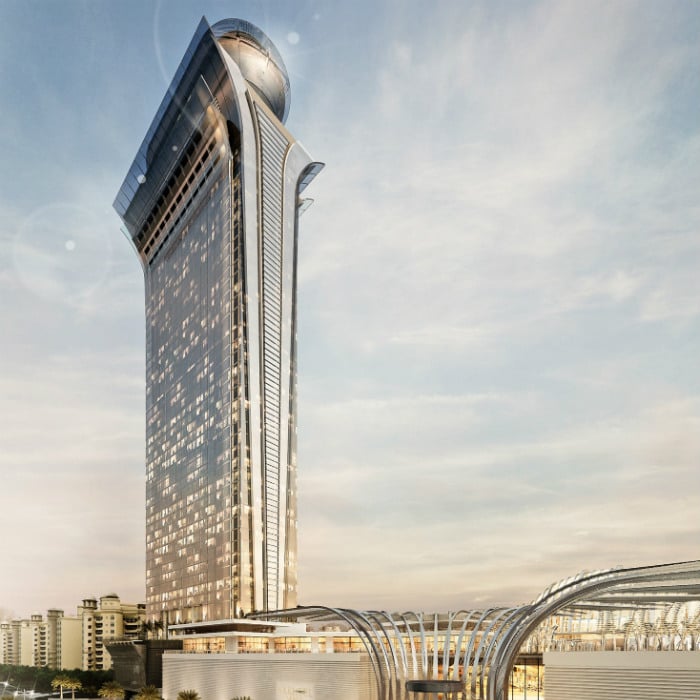 Nakheel announced the launch of The Palm Tower Residences on Monday, which includes 504 luxury units in the developer’s 50-storey Palm Tower development.

The Palm Tower – part of the new Nakheel Mall and Hotel complex at Palm Jumeirah – includes a mixture of serviced, fully-furnished studios and one, two and three bedroom apartments.

Prices for the units start from Dhs1.5 million, Nakheel said in a statement.

The Palm Tower, due for completion in 2016, also includes a five star, 290-room hotel with a rooftop restaurant, viewing tower and infinity pool. The hotel rooms will occupy the first 18 floors of the tower.

All the dining and leisure facilities in the hotel will be made available to people living in the Palm Tower Residences, Nakheel said.

Residents will also have direct access to the Palm Monorail and the upcoming Nakheel Mall, which will have 300 shops including department stores and a supermarket, cinemas, a medical centre, a fitness centre, cafes and restaurants. It will also feature a roof terrace with 12 fine dining outlets.

Construction on the Dhs2.5 billion, 418,000 square metre mall will start in Q2 this year, said Nakheel. It is slated for completion in 2016.

The development will be Nakheel’s flagship hotel, under the company’s expansion into the hospitality and leisure sector, the statement said.

Nakheel is also developing hotels in Deira Islands, Ibn Battuta, International City and Dragon Mart. It plans to build nine hotels over the next three to five years, with the first – at Dragon Mart – opening in 2014, the developer confirmed.

Nakheel, which recently reported a 27 per cent rise in 2013 net profit to reach Dhs2.57 billion, has been scaling up operations significantly this year. Chairman Ali Rashid Lootah also recently revealed plans to launch new projects worth between Dhs6 to Dhs8 billion in 2014.