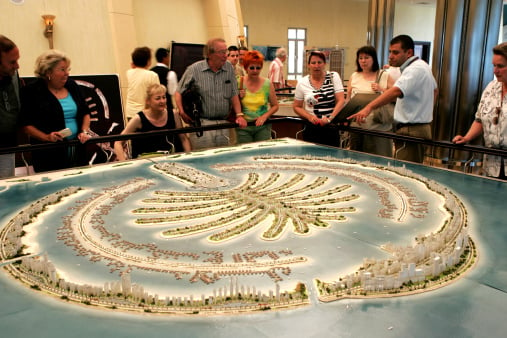 Dubai developer Nakheel is planning to launch new projects in the emirate soon but some older developments remain on hold for the moment, according to its chairman.

The company, which announced last month that it had repaid all its debts following a massive restructuring programme, has posted profits for the last five years.

It has benefitted from the completion and handover of several projects, delivering 11,055 units in built-form and land-form since 2010 with a sales value of Dhs35bn. However, certain projects are still on hold for the long term, said chairman Ali Rashid Lootah.

“Palm Jebel Ali remains a long-term project because we have to keep in consideration the market situation. At the end of day it’s all about demand and supply. We have to be selective to grow,” Lootah said.

Work on the mega development, the second among Nakheel’s Palm projects, began in 2002, but construction was suspended after Dubai’s property market crash in 2009. While the emirate’s property market recovered strongly in 2013, it again began to slump in mid-2014, with prices continuing to drop or stagnate this year.

However, Lootah stressed that the market was not going through a crisis similar to 2008.

“We have all learnt and benefitted from it. The market is very stable and prices are stable. In certain locations there has been a small drop in prices, but there’s no panic,” he said.

“We have several government regulations now in place which protect the interests of both parties – the investors and developers. There is also no more speculation in the market and most buyers are end-users, hence it is a healthier market.”

The real estate chief added: “The property market is always a cyclical and I believe we are about to start moving up again.