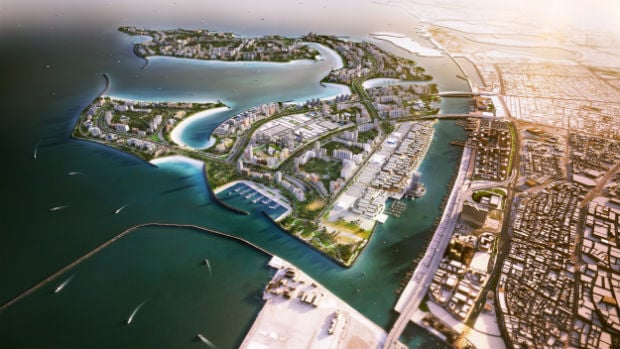 Dubai-based developer Nakheel has announced that it is building a new luxury beachfront resort in partnership with Thailand-based Centara Hotels and Resorts at its Deira Islands development.

The resort, which will consist of 550-rooms and a waterpark, will be Centara’s first property in the United Arab Emirates, a statement said. Centara’s portfolio includes around 14,000 rooms across 67 hotels and resorts under six brands across Asia, Indian Ocean, Africa and the Middle East.

Nakheel added that the resort and the waterpark will be located close to the Deira Mall and Deira Islands Night Souq.

The developer did not reveal the value of the project or when it expects to complete the resort.

Nakheel’s latest joint venture comes as the company plots aggressive expansion into the hospitality sector, diversifying from its traditional investments in residential properties.

The developer has planned to open 10 hotels in Dubai as part of its strategy, out of which five are planned in Deira Islands. The others include the five-star Palm Tower on Palm Jumeirah, two hotels at Ibn Battuta Mall and two at Dragon City.

Prior to Centara, Nakheel signed joint venture deals with two other major hoteliers. The developer is constructing a 750-room resort with Spain’s RIU Hotels & Resorts and a 500-room Avani resort with Thailand’s Minor Hotel Group.

Nakheel now has 1,800 hotels rooms at Deira Islands in the pipeline under international joint ventures. The group said that it expects to sign more such deals.

Deira Islands coastal city, one of Nakheel’s major projects in Dubai, will add 40 km, including 21 km of beachfront, to Dubai’s coastline. The project will consist of hotels and serviced apartments, retail destinations, mixed-use buildings and residential waterside developments.