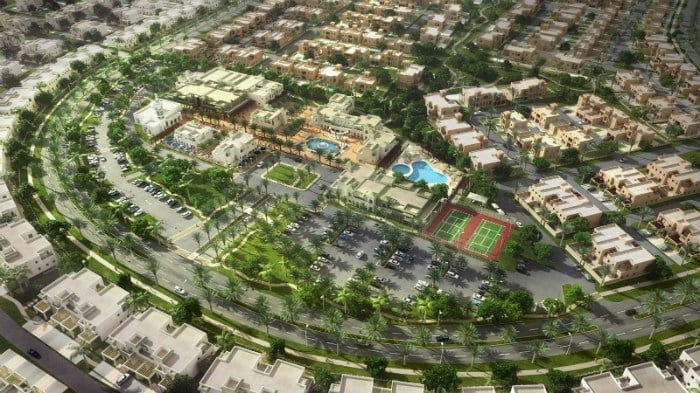 Dubai developer Nakheel has awarded a construction contract worth Dhs 38m for a new mosque and a second retail centre within the Al Furjan community.

The developer announced that the new Nakheel Pavilion retail centre will span 90,000 square feet, with more than 35 shops, cafes, restaurants.

Others services will include a nursery, gym and a supermarket. Leasing for the units at the retail centre is currently underway.

Nakheel said that it has appointed Dubai-based Al Sakher Contracting to construct the project, which is scheduled to open in 2017.

Another Nakheel Pavilion is already under construction and is built on the southern side of Al Furjan. The centre, which spans 100,000 square feet, will have a swimming pool and a sports court as well as retail facilities.

The centre is fully leased out and is on track to be opened by mid-2016, the developer said.

Nakheel is also building a 8,000 square foot mosque, which will be the first to be constructed in Al Furjan. The mosque, designed to accommodate 500 worshippers, will be located next to the new Nakheel Pavilion retail centre.

Nakheel Pavilions are part of the company’s effort to ramp up its retail offering within its fast growing residential communities. Al Furjan, which currently houses 5,000 residents, is projected to have a population of 65,000 when all units are completed.

The real estate firm has already opened Nakheel Pavillions in residential communities such as Jumeirah Park and Discovery Gardens. Centres are also planned in other locations including International City, Jumeirah Islands and Badrah.

Nakheel is looking to diversify from its traditional residential project portfolio with projects in a number of other sectors.

The developer’s large-scale projects include Nakheel Mall and The Pointe on Palm Jumeirah; Deira Mall and Night Souk at Deira Islands and major expansions at Dragon City and Ibn Battuta Mall.