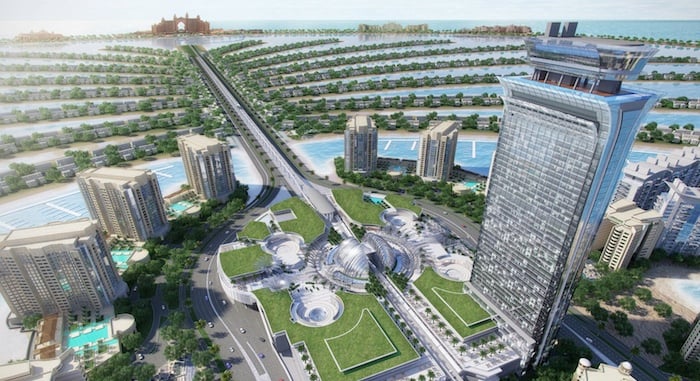 Dubai developer Nakheel has awarded a contract worth Dhs 819m for the construction of its luxury hotel and residential development on Palm Jumeirah, The Palm Tower, it announced on Saturday.

The hotel will occupy the first 18 floors of the building.

The Palm Tower residences, on sale with prices starting from Dhs 1.7m, comprise fully-furnished studios and one, two and three bedroom apartments.

Residents and guests at tower will have direct access to Nakheel Mall, currently under construction in Palm Jumeirah. The luxury mall will have 300 shops, cinemas, a medical centre, a fitness centre and a roof terrace offering fine dining outlets. The project is slated for completion in 2017.

The project is one of 10 hotels being constructed by Nakheel as part of its expansion into the hospitality sector. Others are located at Deira Islands, Ibn Battuta Mall and Dragon City.

State-owned Nakheel has been rapidly expanding its portfolio in recent years.

In April, the company confirmed that it is planning to undertake 23 million sq ft of new residential and leisure projects worth Dhs 14bn over the next three years. The projects include a 12 million sq ft, 16-tower community at Deira Islands; a 6.5 million sq ft residential, retail and hotel extension to Dragon Mart; and a new 4.7 million sq ft complex within the Ibn Battuta Mall.

The company credited the increase in profit to a strong performance by its development business, with ongoing handovers of properties to customers.