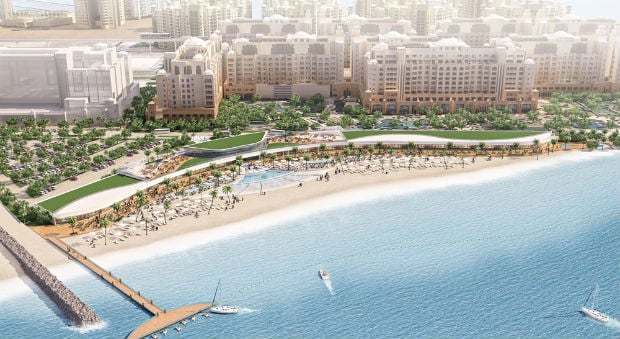 Dubai’s Nakheel has announced the launch of three new waterfront developments, which include a mixed-use development in Deira, a crescent boardwalk and a beachfront complex, both on Palm Jumeirah.

The Deira project involves the transformation of what was to be Palm Deira into Deira Island, consisting of four islands of mixed-use development measuring 16 million square metres, that will add more than 40 kilometres, including 21 kilometres of beachfront, to Dubai’s existing coastline.

All the islands will feature hotels, resorts, residential, commercial and retail units, the developer said.

Nakheel also said that it would develop the whole of the south island to create a creek side destination. The island will also include a night market, a 250-room hotel, 1,400 retail units, an amphitheatre with seating capacity for 30,000 and a creek marina.

The developer also announced that it would be building Palm Jumeirah Boardwalk, a shopping and dining destination on the crescent.

The Boardwalk will run the entire length of the crescent with a pier stretching 100 metres into the Arabian Gulf at either end. It will be six metres wide – more than double the width of the existing crescent path.

Nakheel’s third waterfront development includes a new West Beach at Palm Jumeirah, which will stretch for 1.5 kilometres along its trunk. West Beach will also feature a park and promenade along with retail kiosks and a beach club facility featuring a complex of 14 waterfront restaurants.

Nakheel also said that the construction contract for Nakheel Mall is currently out to tender and is expected to be awarded before the end of the year.

The Dubai government-owned property developer announced that its nine-month net profit jumped 58 per cent year-on-year, owing to a recovery in Dubai’s property market.