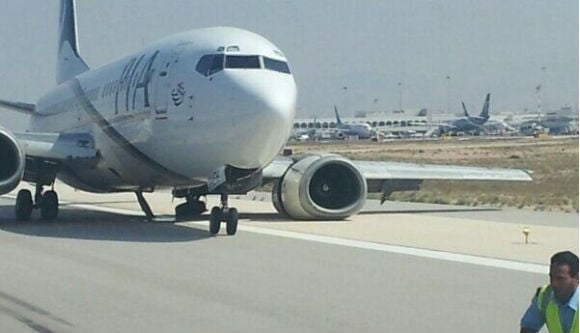 A Pakistan International Airlines passenger plane with about 70 people on board crash-landed on the runway of Oman’s main airport in Muscat on Monday, forcing the cancellation of all flights from the facility, a safety officer said on Monday.

Ali Al Zuwaidi, flight safety director at Muscat International Airport, said the pilot had reported no injuries among the passengers or crew.

“A PIA aircraft crashed on the runway after its landing gear collapsed,” Zuwaidi told Reuters. “We had to close the airport indefinitely until the investigation has been completed,” he added.

Zuwaidi said the scheduled flight by the Boeing 737 aircraft was arriving from Islamabad when it crash-landed.

Muscat airport is undergoing a $7.4 billon extension to expand its runway and terminal building.