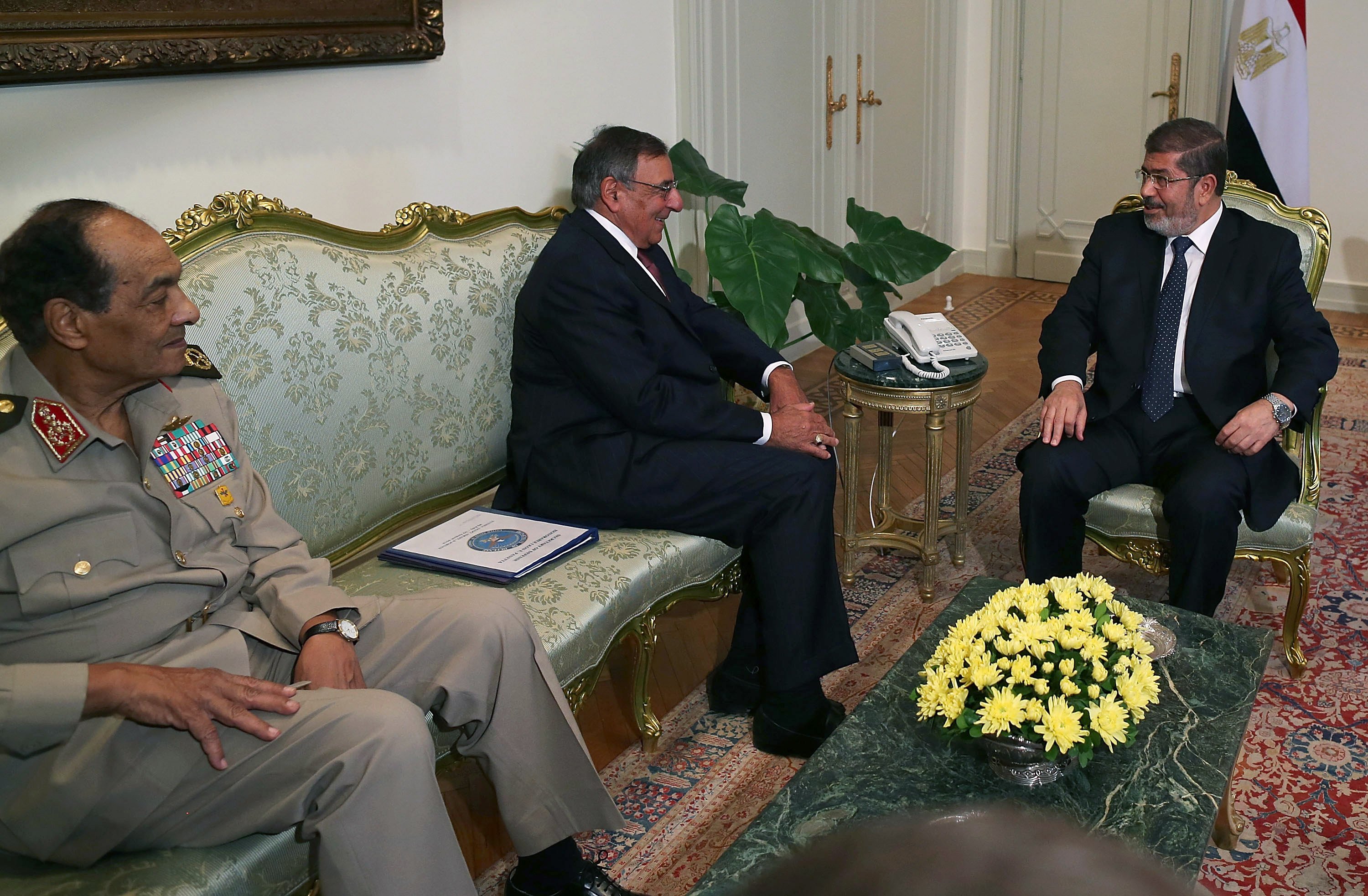 Egypt’s new Islamist president Mohamed Mursi dismissed Cairo’s two top generals on Sunday and cancelled a military order that curbed his powers, in a dramatic move that could free him of some of the restrictions of military rule.

It was not clear how far the measures were agreed with the dismissed Field Marshal Hussein Tantawi, whose Supreme Council of the Armed Forces (SCAF) took over when Hosni Mubarak was deposed – nor how far they would shift the power balance between the generals and Mursi’s long-suppressed Muslim Brotherhood.

A member of the military council told Reuters that Mursi, a moderate Islamist popularly elected in June but with constitutional powers sharply circumscribed in advance by the generals, had consulted Tantawi, 76, and General Sami Enan, 64, the military chief of staff, before ordering both men to retire.

However, coupled with what Mursi’s spokesman described as the cancellation of the constitutional declaration issued just before Mursi’s election, by which Tantawi and his colleagues curbed presidential powers, the surprise move seemed to indicate a substantial reordering of Egypt’s political forces as it waits for a new constitution after six decades of unbroken army rule.

Enan was replaced General Sidki Sobhi. Both retirees, whose positions may have been weakened by an embarrassing military debacle last week against Islamist militants in the Sinai desert, were appointed as advisers to the president.

“The decision was a sovereign one, taken by the president to pump new blood into the military establishment in the interests of developing a new, modern state,” spokesman Ali told Reuters after making the announcement.

It was a critical decision and the members of the military council understood this because they are patriotic and General Sisi is from the new generation of the patriotic men of the armed forces. He is responsible and well respected,” said Ali.

Enan was long seen as particularly close to the U.S. military which has been the main sponsor of Egypt’s armed forces. Tantawi, Mubarak’s defence minister for 20 years, then helped ease the former president out of office on Feb. 11, 2011 in the face of mass street protests.

Tantawi’s age had meant that his departure had been long expected in some form, and his appointment as an adviser to Mursi appeared to exclude the possibility he might face the kind of prosecution that saw Mubarak, now 84, jailed for life.