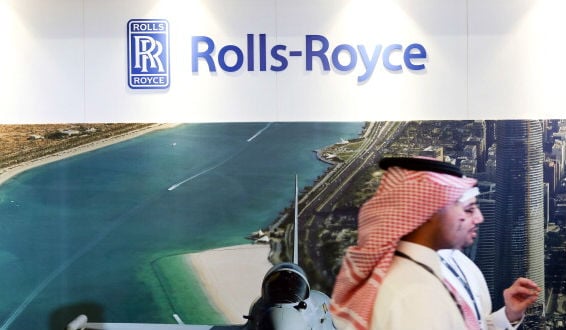 Britain’s Rolls-Royce Plc has entered into a strategic agreement with Abu Dhabi’s Mubadala Aerospace that will allow the government-owned company to service the manufacturer’s Trent XWB engines.

Abu Dhabi’s Mubadala, owned by the emirate’s sovereign wealth fund, aims to be among the world’s top three manufacturers of composite and metal parts for aeroplanes by 2020.

Mubadala will become an approved provider of Trent engine maintenance, repair and overhaul, Rolls-Royce’s first such designation in the Middle East, according to a statement from the British firm on Tuesday.

The region will have one of the highest concentrations of Trent engines globally in the next decade, Rolls-Royce said.

As part of the agreement, the engine manufacturer will also source $500 million of parts over a 10-year period from Mubadala.

On Monday, a Mubadala unit signed a deal with Boeing to supply much as $2.5 billion in advanced composites and machine metals to the U.S. plane maker. The fund also inked a deal with Airbus for composite and metallic aerostructure production in the UAE.