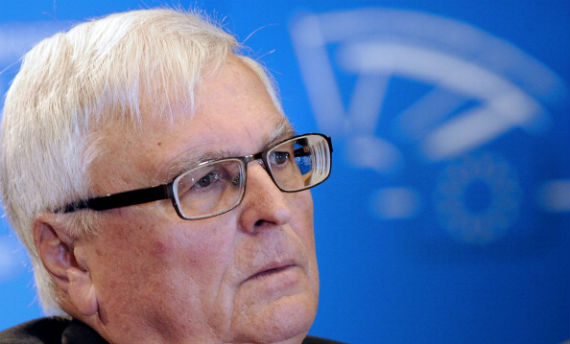 The 2022 World Cup should stay in Qatar to keep the pressure on the Gulf nation to improve its labour rights record, a FIFA executive committee member said on Thursday.

“People have been asking when FIFA would be taking the World Cup away from Qatar but I think that would be counter-productive,” Theo Zwanziger told a European parliament sub-committee on human rights.

“It would mean the current situation, the human rights violations would go on. It would simply mean that the spotlight would be put away from them.”

Qatar has been under fire for its treatment of migrant workers in the construction industry after Britain’s Guardian newspaper reported in September that dozens of Nepali labourers had died.

“What is now important is to use the pressure that you get from this global event, which interests billions of people, as an opportunity to ask Qatar to show it’s an open and tolerant country,” German Zwanziger added.

“They need to show this as quickly as possible.”

Amnesty International and the International Trade Union Confederation have also criticised the treatment of migrant labourers in Qatar, fearing the problem could worsen with the extra construction work needed for the tournament.

On Tuesday, Qatari World Cup organisers produced a 50-page document outlining stricter measures that would apply to contractors involved in building work for the tournament.

Barbara Lochbilder, the head of the European Parliament committee, said Qatar had moved in the right direction although it had not shown any sign of reforming the kafala, a system where labourers are usually “sponsored” by their employer.

“There have been a number of improvements with regard to the working situation,” she said. “On the downside, the government has not shown any sign it wants to reform the kafala system nor shown it wants to come up with a new system that would be specific to migrants.”

The world players’ union FIFPro said the respect of human rights should be a basic condition for any World Cup host nation in the future.

“The prestige and political significance of the highest level of sporting events – the World Cup or the Olympics – are great enough to motivate change if it is a non-negotiable precondition,” said FIFPro’s Jonas Baer-Hoffmann.

“While our mandate is to represent professional football players and safeguard their rights, we support our fellow union colleagues fighting for the same cause to ensure all workers can enjoy those very same rights and freedoms, regardless of their occupation.”

The committee also heard from Zahir Belounis, a former French footballer who was prevented from leaving Qatar for 17 months after he fell into a dispute with a local club.

“This kafala system is not for our time,” he said. “All I wanted to do was to go home to France. I went through two years of torture (hell) and decided to stop playing because I no longer had the strength.”