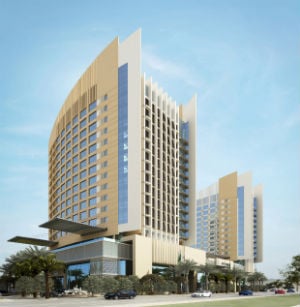 Mövenpick Hotels and Resorts has announced that it is opening a second property in Riyadh that will be located within the King Abdullah Financial District.

Mövenpick Hotel Financial District Riyadh is scheduled to open in 2017 and will have 353 rooms in total.

The group will open its first property in Riyadh this year as it looks to gain from the growing number of business and domestic tourists that the Saudi Arabian capital is attracting.

With the launch of the new hotel in Riyadh, the group’s number of properties in Saudi Arabia will total 13, with 4,826 rooms. The Swiss hotelier currently operates 3,456 rooms across nine properties in the Kingdom, with the four upcoming properties accounting for 1,370 additional rooms.

Prior to the opening of Mövenpick Hotel Financial District Riyadh, the group will open its third hotel in Jeddah this year and another one in Al Khobar in 2016.

Apart from the Middle East, the hotel group is also expanding in Africa with a new hotel Mövenpick Hotel & Palais Des Congrès launched in Moroccan city of Marrakech. The hotel will be the group’s third property in Marrakech.

The hotel, owned by Kuwait’s Al Ajial Asset Fund, will have a soft opening in Q4 2015 under the Mövenpick Hotels & Resorts brand, after completing an extensive renovation costing under $69 million.

Mövenpick Hotel & Palais Des Congrès will have 501 rooms in total, the company said.