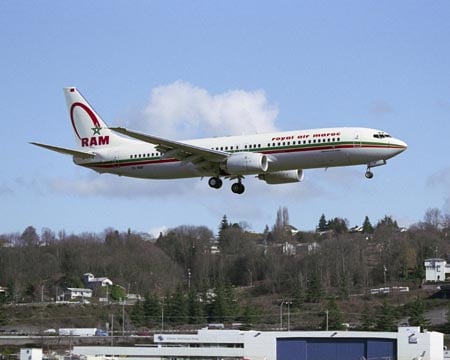 Morocco would rather pursue a strategic partnership for Royal Air Maroc (RAM), with an airline from one of the Gulf states or beyond, than sell a stake in its flag carrier, government ministers said late on Monday.

A government source last month said that partnership proposals included the sale of a minority stake to a leading Gulf airline.

“No decision has been taken yet, but my opinion is that it is better to do a partnership rather than sell a stake,” Tourism Minister Lahcen Haddad said on the sidelines of a tourism conference in Rabat.

“RAM is strong in the West African and European markets. It’s therefore more logical to seek partners that are stronger in other parts of the world.”

The North African country aims is looking to boost tourism to help it to tackle a budget deficit worsened by the euro zone crisis and increased spending to quash Arab Spring protests, but it lacks the financial clout to buy aircraft that can bring holidaymakers from around the world.

About 70 per cent of tourists visiting Morocco come from the Eurozone, with the rest mostly travelling from Gulf Arab countries.

Morocco, which has been thinking about reducing its stake in RAM for more than 20 years, led major efforts to restructure the group last year in a move that tourism operators said was a sign the state was preparing for a sale.

“It’s obvious that a middle-size airline like RAM needs a strategic partnership with another airline. We will see if it is going to be from the Gulf, from Europe or from America,” industry minister Abdelkader Aamara said in Rabat.

With a relatively modest fleet of about 40 medium and long-haul aircraft, Royal Air Maroc has sought to develop Casablanca as a regional hub, connecting mostly poorly served west African capitals to Europe and North America.