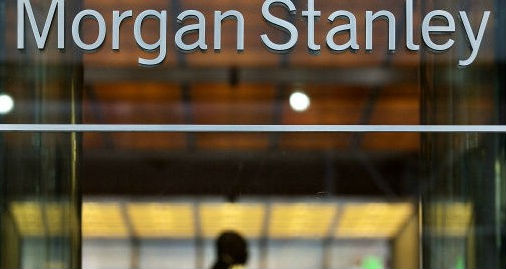 Morgan Stanley Inc is seeing a resurgence in investment banking activity in the Gulf Arab region and expects an end to large-scale retrenchments by global lenders as financial markets improve, senior executives at the bank told Reuters.

As the market for mergers and acquisitions (M&A), equity and debt offerings in the Middle East picks up after years of sluggish activity, the bank is targeting clients looking for advice on complex transactions that require global expertise, more than just a financial commitment such as underwriting.

“We want to lead with ideas rather than with the price of our balance sheet, and try to bring real value in areas that involve complexity – especially across international borders,” said Sammy Kayello, chairman and chief executive for Middle East and North Africa (MENA) and a veteran at the bank.

“It’s all about return on equity. That’s what we think about and that’s what we aim to constantly improve,” Kayello told the Reuters Middle East Investment Summit.

Finding a business model for the Middle East has long been a challenge for global banks which flocked into the region during the early part of the century lured by its oil reserves, cash-rich sovereign wealth funds and fast economic growth.

But in the wake of the global financial crisis, the multi-billion dollar deals dried up, while the sector got increasingly crowded, forcing the banks to sharply reduce their staffing and reassess regional business strategy.

Several senior bankers at global lenders were laid off or relocated to other regions where business prospects were better, while some banks stopped operating business lines such as commodity trading, fixed income business or M&A advisory.

Morgan Stanley itself made tweaks to its business in the region shifting MENA commodities coverage to London and equities trading to Riyadh last year.

Deal activity is now showing signs of revival on the back of improving financial markets and strong economic growth.

Investment banking fees for banks operating in the Middle East reached $535.9 million during the first nine months of 2013, a 22 per cent increase over the same period last year, and the best first nine months for fees in the region since 2009, according to Thomson Reuters league tables data.

“The markets are looking better. Volumes in exchanges are higher, the investment banking mix is better, and the appetite of investors for different asset classes is growing,” Kayello said. “If this trend continues, then I don’t foresee such industry reductions that we had seen previously.”

Morgan Stanley is the top M&A adviser in the region, mainly thanks to its role in the $15 billion state-backed merger of two aluminium producers in the United Arab Emirates.

The bank expects to see more such consolidation in the region as companies look for economies of scale and better efficiency in their operations.

“We are seeing real, fundamentally strategic transactions such as industry consolidations or other transactions, which were previously put on hold amid the financial crisis and the impact of the Arab spring,” Klaus Froehlich, the bank’s investment banking head for MENA, said.

“This in-market consolidation is very healthy as it has not been pronounced before.”

Morgan Stanley was one of the advisers on a merger between Abu Dhabi’s Aldar Properties and Sorouh Real Estate early in January, another transaction where the government stepped in to consolidate struggling property firms.

Abu Dhabi and Dubai have also hired banks to advise on a possible merger of their two main stock exchanges, sources familiar with the plan said earlier in October.

In debt capital markets, Froehlich said the bank was seeing increased sophistication among clients who are looking for innovative deals such as hybrid offerings – debt issues with an equity component – as well as high-yield bonds and other capital-raising instruments such as perpetual bonds.

The bank was an adviser on a $1 billion sharia-compliant hybrid Islamic bond, or sukuk, by Abu Dhabi Islamic Bank in November last year, the first such sale in the region which triggered a wave of such offerings.

“You have the hybrid space finally opening up not just in the banking space but also in the corporate space,” Froehlich said. “We are also seeing high-yield bonds coming to the market which provides a new financing avenue especially for newer and non-government companies.”