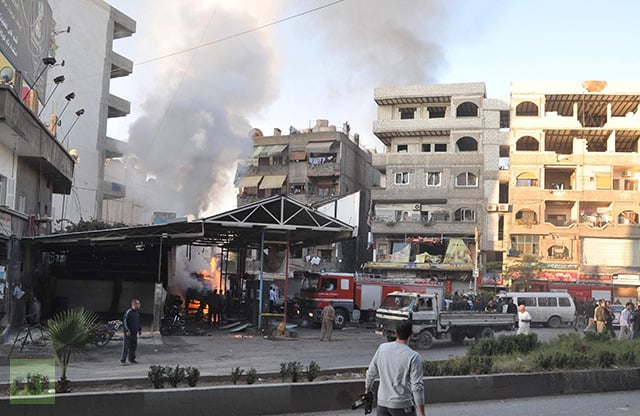 Two car bombs have killed at least 34 people in a district of the Syrian capital Damascus that is loyal to President Bashar al-Assad, state TV has said, quoting the interior ministry.

The car bombs exploded shortly after 6.40 am (0440 GMT) in the eastern district of Jaramana, home to many of Syria’s Druze minority as well as Christians who have fled violence elsewhere.

State news agency SANA described the blasts as “terrorist bombings”, a label it reserves for the mainly Sunni Muslim rebel fighters who have been battling to overthrow Assad, a member of Syria’s Alawite minority which is linked to Shi’ite Islam.

SANA said the car bombs caused serious damage as well as deaths and injuries. Two smaller bombs also exploded in Jaramana at around the same time.

The television channel quoted a reporter on the scene as saying at least 20 people had been killed. The Syrian Observatory for Human Rights, an opposition group which has monitored the violence throughout Syria’s 20-month-old uprising, said 29 people were killed and dozens wounded.