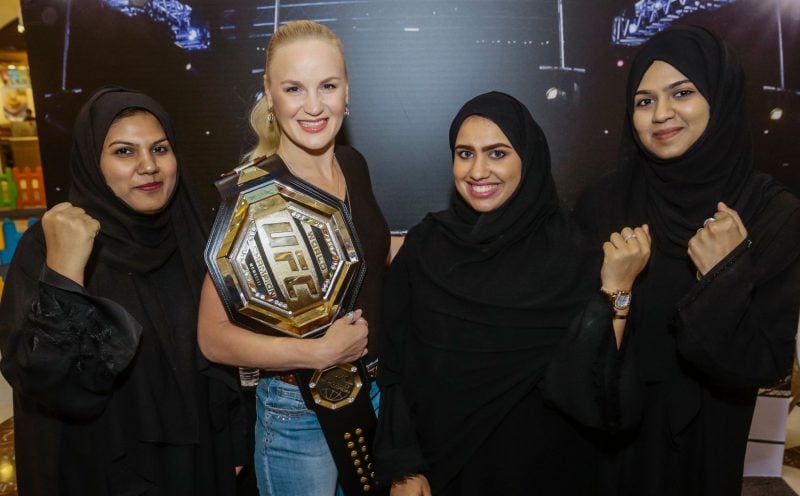 Abu Dhabi Showdown Week could be just the first of many big mixed martial arts (MMA) events to come to the UAE capital, the head of the Ultimate Fighting Championship (UFC) has said.

As Abu Dhabi Showdown Week marches on towards its main event on September 7, UFC president Dana White has said there are plans for more big UFC events in the emirate.

Abu Dhabi Showdown Week will conclude on September with UFC 242 as du Arena. The MMA event, which will be carried on pay-per-view TV and livestreams worldwide, is expected to generate millions of dollars in revenue. The main fight will be a UFC Lightweight Championship title bout between current champion Khabib Nurmagomedov and Dustin Poirier.

The event is also noteworthy because it will host the first-ever women’s professional MMA fights in the UAE. Georgia’s Liana Jojua will battle against Canada’s Sarah Moras in the bantamweight class in one bout, while Scotland’s Joanne Calderwood and American Andrea Lee will face each other in the flyweight division in the other contest.

Said the UFC president White in comments carried by Emirates News Agency WAM, “We have a really close connection with Abu Dhabi because we’ve already been there a few times, and the fights we’ve done there before. The people of the UAE have been so good to the UFC. We are going to continue to come back and bring big fights to the Middle East.”

He added, “On top of that, Abu Dhabi is a very cool city.”

A number of other events are also taking place throughout the emirate in the lead-up to the UFC fights. They include concerts by the likes of the Red Hot Chilli Peppers, parties and hotels and venues throughout Abu Dhabi, and more.