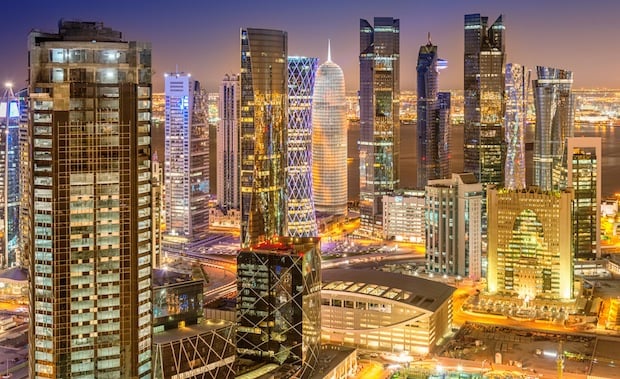 Ratings agency Moody’s Investors Service has downgraded the outlook for Qatar to negative from stable even as the country remains embroiled in a dispute with its GCC neighbours.

In its report Moody’s confirmed that the key driver for the outlook change is the “economic and financial risks arising from the ongoing dispute”.

They presented a list of 13 demands to Doha and are currently reviewing Qatar’s responses. According to officials, if Doha doesn’t comply, the country could also face additional sanctions, which even include being asked to exit the Gulf Cooperation Council.

“In Moody’s view, the likelihood of a prolonged period of uncertainty extending into 2018 has increased and a quick resolution of the dispute is unlikely over the next few months, which carries the risk that Qatar’s sovereign credit fundamentals could be negatively affected,” said Moody’s.

Without a swift resolution to the crisis, economic activity will likely be hampered by the measures imposed so far, it opined.

The termination of direct flights between Qatar and coalition countries will also affect areas like consulting and tourism. This will likely also affect the profitability of corporates, including government-owned or government-related entities such as Qatar Airways, the report added.

“Moody’s thinks that a prolonged period of uncertainty will negatively affect business and foreign investor sentiment and could also weigh on the government’s long-term diversification plans to position the country as a hub for air traffic, tourism, medical services, education, and sports through a higher risk perception among foreign investors,” it said.

Weaker economic activity could also lead to deteriorating asset quality in the banking system, and along with an escalation involving sanctions against the financial sector, could lead to the requirement of increased government liquidity support.

However, no such sanctions have been applied so far and activities in the banking system have returned to normalcy following a few days of volatility when the measures against the country were announced, the report clarified.

Also, if the dispute extends into 2018, funding costs for the government and other Qatari-based issuers will increase further and the government’s balance sheet would deteriorate quicker.

Qatar has no external refinancing needs until Q1 2018, when a $2bn sukuk issuance will mature, but corporates – including government-related entities – and banks are facing more “sizable redemptions” over the next 12 months, said the report.

“Aside from bond and sukuk, Moody’s estimates that total short-term external liabilities amount to more than $115bn (68 per cent of nominal GDP projected for 2017) of which roughly one third is estimated to be due to creditors in the GCC.

“Moody’s estimates that about half of this is accounted for by non-resident deposits and rollover risks would increase in a scenario of further financial sector sanctions,” it added.

However, Moody’s also confirmed that a swift resolution of the ongoing political dispute accompanied by a quick lifting of sanctions would potentially support a return to a stable outlook.

The rating takes into account “a number of credit strengths embedded in Qatar’s credit profile and reflects Moody’s view that the sizable net asset position of the Qatari government and exceptionally high levels of wealth will continue to provide significant support” for the time being, the report stated.

The government has roughly $35bn in net international reserves at the Qatar Central Bank and more than $300bn of assets managed by wealth fund Qatar Investment Authority.

The government’s net asset position will stay above 100 per cent of GDP over the coming years, the report said.

Its resources, together with liquid foreign assets in the banking system – which amounted to about $30bn as of May – provide a “strong mitigant” against the rollover risks and support the pegged exchange rate regime.

Moody’s also acknowledged that as long as hydrocarbon exports are not disrupted, the ongoing dispute will not affect the majority of foreign exchange receipts in the current account balance and the bulk of government revenues.