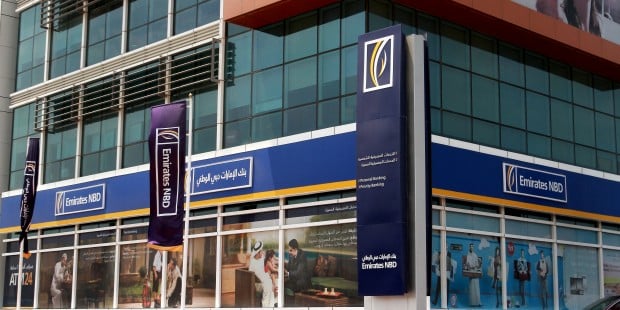 Three Dubai banks including Emirates NBD and Mashreq Bank have had their credit ratings downgraded by Moody’s amid concerns of a build up of bad loans.

The move by the international ratings agency has put a sour note on the recovery of the emirate’s banking sector with possibly more negative news to come.

Emirates NBD, Dubai’s biggest lender by assets, and Commercial Bank of Dubai had their ratings lowered one notch from A3 to Baa1 while Mashreq had its rating cut from Baa1 to Baa2.

All three banks were also put on negative outlook.

Moody’s could lower a fourth lender in the emirate in the near future after putting Dubai Islamic Bank on review for a possible downgrade due to high levels of NPLs – non-performing loans (NPLs).

The news for Dubai’s banking sector is in contrast to other industry sectors in the emirate which have continued to show positive signs of recovery in 2012, resulting in the economy growing by 4.1 per cent in the first six months of the year.

“Despite an improvement in the overall operating environment in Dubai, especially in the core sectors of trade, retail, tourism and transport, Moody’s believes that Dubai-based banks continue to face persistent asset quality pressures, which emerged at the start of the crisis four years ago,” the ratings agency said in a statement.

Moody’s pointed to NPLs levels of between 15 to 17 per cent as a major issue – more than double the average of GCC banks at 6.1 per cent. It also warned problem loan levels would remain high over the coming quarters, driving by “exposures to large, stressed, government-related issuers” and “legacy corporate impairments, primarily real-estate-related”.

“The delayed recognition of these problem loans is continuing to pressure asset quality of the affected banks, and Moody’s believes that a limited reduction in headline NPLs is likely over the near term,” Moody’s analysts said in the statement.

“While much of the exposure is likely to be collateralised by property, their reduced valuations and a protracted enforcement process limit the upside of any recovery process.”

Low levels of loan loss coverage also played a part in the ratings downgrades, Moody said in its report. Loan figures were “persistently weaker” than lenders with similar credit assessments, despite an improvement in Dubai’s local operating environment.