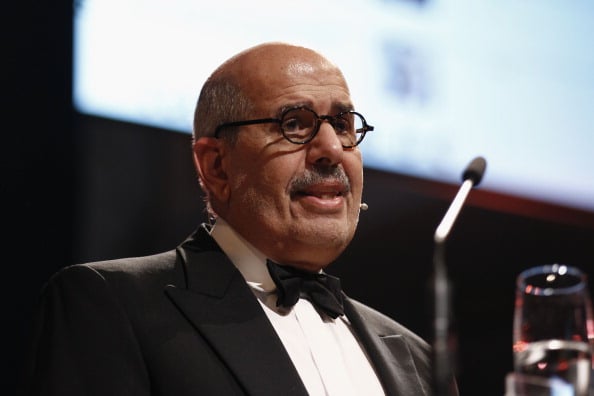 Interim head of state Adli Mansour was installed on Thursday to oversee a military roadmap to elections, the day after the army overthrew Islamist President Mohamed Mursi.

ElBaradei was among liberal leaders who opposed Mursi and called for the massive protests that showed how the Muslim Brotherhood had angered millions of Egyptians.

Mansour held talks on Saturday with the army chief and political leaders, including ElBaradei, on how to pull the country out of crisis as the death toll from Islamist protests over the army’s overthrow of Mursi rose to at least 35.

Mahmoud Badr, founder of the “Tamarud-Rebel!” movement that organised the mass anti-Mursi demonstrations, told Reuters that he had been informed by an aide to Mansour that ElBaradei had been selected.

A senior official in the Freedom and Justice Party, the Brotherhood’s political wing, said he rejected Mohamed ElBaradei’s appointment as interim prime minister and described him as Washington’s choice.

“We reject this coup and all that results from it, including ElBaradei,” Farid Ismail told Reuters at an Islamist gathering in northern Cairo.

Political sources have said ElBaradei, who won the Nobel peace prize for his work as head of the International Atomic Energy Agency (IAEA), would also be acceptable to Western governments that have been reluctant to call the removal of Mursi and his Muslim Brotherhood a military coup.