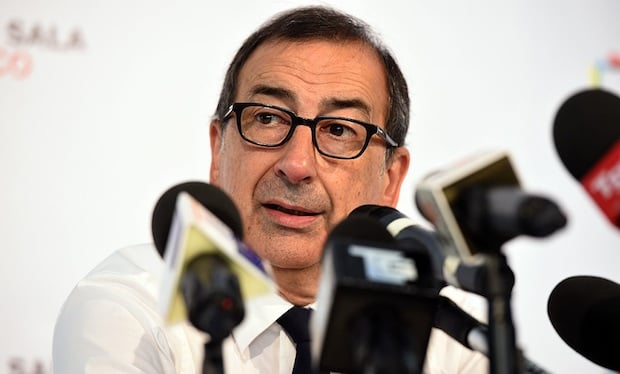 Asian and Gulf financial firms seeking an alternative European base to London after Britain’s vote to quit the European Union (EU) may need to look no further than Milan.

Giuseppe Sala, the recently-elected mayor of Italy’s financial capital, aims to offer them tax breaks in the latest charm offensive by European centres such as Paris and Frankfurt to attract banks and other financial institutions.

“We’re well aware that German and French banks are unlikely to move staff to Italy. But we have seen interest by a wide range of Asian and Middle Eastern investment funds in setting up offices in Milan,” the 58-year-old told Reuters.

Finance firms in Britain fear they will lose their “passports” – licences that allow them to sell their services across the EU – as a result of Brexit, prompting advertising campaigns by French authorities and promises of labour reforms to draw them to Paris instead.

“We’re looking to offer a series of fiscal incentives which would include cutting down labour and income tax to make Milan a more attractive place to do business,” said Sala.

While Frankfurt, followed by Paris, Dublin and Luxembourg are seen as the most likely cities to grab a slice of Britain’s financial industry if firms shift operations to guarantee continued EU access, Milan is targeting the investors who have been bargain hunting in crisis-hit Southern European markets.

“Our mission is to come back in January with more concrete incentives for international investors,” Sala said. “Chinese and Middle Eastern firms have already signalled their interest in Milan but we want to start holding talks with them early next year when the benefits have all been agreed.”

However, Sala said much of his agenda to lure Chinese banks, Asian sovereign wealth funds and various Gulf investment firms from the City of London will depend on Italy’s vote on constitutional reform on Dec. 4.

According to KPMG the basic corporate tax rate in Milan is 31.4 per cent, which compares to 20 per cent in London.

“The referendum is a big question mark and we’re concerned about it,” Sala said.

Dubbed “Mr Expo” after working as head of Milan’s Expo world fair between 2010 and 2015, Sala wants to transform the exhibition venue into a tax-free zone and is hoping to win the battle to house two prestigious London-based European agencies, the European Medicines Agency (EMA) and the European Banking Authority (EBA).

The regulators are prized not only for employing more than 1,000 people but also their potential to act as hubs for finance and pharmaceuticals, two of Europe’s most important industries.

Milan is home to about 3 million people in its metropolitan area and the fourth biggest fee-earner in Europe for investment banks such as HSBC and BNP Paribas which have recently moved their local offices to the newly-launched business district of Porta Nuova, owned by Qatar Investment Authority.

While the British government will want to keep such deep-pocketed overseas investors in London to help develop closer non-EU trading relationships, Sala said Milan is well equipped to open its doors to these growing financial players.

A series of commercial developments have changed Milan’s skyline in recent years, helping it attract more business visitors. But Sala has his eye on tourism too:

“We have surpassed Rome, there are more tourists heading to Milan than to the capital. This is the place to be.”