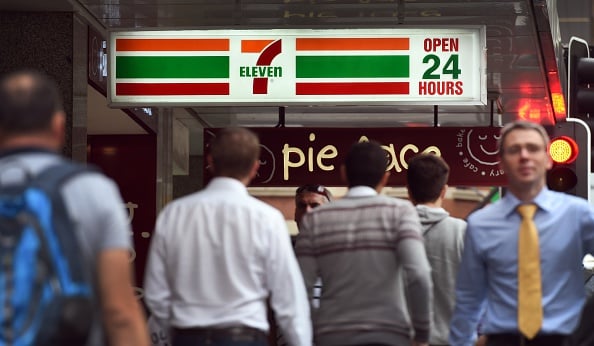 Popular United States-based grocery chain 7-Eleven has opened its first store in the Middle East in Dubai with plans to further expand across the emirate.

The store is being operated by Seven Emirates Investment, a master franchisee of 7-Eleven and employs 18 staff.

The store is expected to be franchised after supporting infrastructure is fully developed, a statement said. This includes partnerships with third parties that would make and deliver fresh foods daily.

“We worked closely with Seven Emirates to ensure we are providing the neighbourhood with the products they expect from 7-Eleven as well as fresh foods typically consumed there,” said 7-Eleven executive vice president and head of International Chris Tanco.

Fresh-daily foods including Arabian, Indian and Asian lunch-box meals and snacks such as samosas, curries and falafel wraps, hummus, Greek and tabouleh salads will be available at the store. Orange date muffins and Umm Ali are among the pastry and dessert selections.

Texas-based 7-Eleven currently operates, franchises or licenses some 10,700 stores in North America. Globally, there are nearly 57,400 7-Eleven stores in 17 countries.

Dubai has become a major hub for international retailers with a recent CBRE report ranking the city as the second most important international shopping destination globally.

About 55.7 per cent of retailers in Dubai are international brands while the city attracted 45 new global brands last year, the report found.

“Dubai continues to remain the clear destination of choice for the majority of the brands looking to enter the region for the first time, frequently using the emirate as a stepping stone to wider regional expansion programmes,” said managing director of CBRE Middle East Nick Maclean.