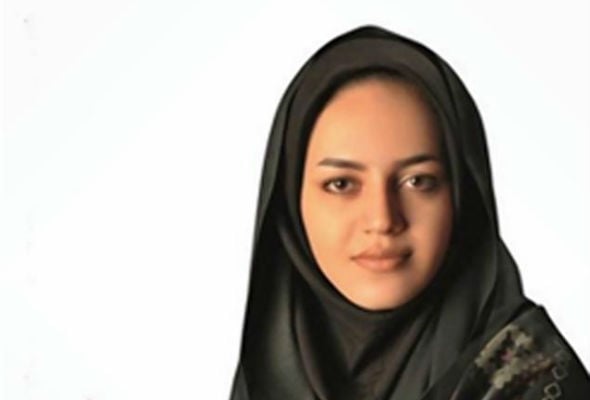 Occasionally, in the Middle East, a story comes along which shocks and surprises the masses. As a journalist you tend to hear or work on the large majority of daily stories and soon become desensitised to such news.

So maybe it was more sad than startling when Nina Siakhali Moradi, a democratically elected city council official in Iran, was stripped of her new position and barred from office for being ‘too beautiful’.

But good-looking humans across the region should take it as a warning; soft features, high cheekbones and eyes deep enough to drown in can be a one-way ticket to trouble in the Middle East.

Moradi’s case really is one of despair though, for progression in Iranian politics at least.

The 27-year old, an architect and website designer, received 10,000 votes in a June election, placing her 14th on a list of 163 candidates, making her an ‘alternate member of the council.’

When a more senior male member of the council stepped down, Moradi was promoted to full council member in Qazvin, a city northwest of Tehran.

But before she could spend her first day in office, she was barred for being too attractive.

“We don’t want a catwalk model on the council,” one senior official was quoted as saying.

The powers that be labelled her campaign posters as “vulgar and anti-religious” – as can be seen above, Moradi wore her hair back under a dark hijab, with no obvious make-up or jewellery on show, with just the faintest hint of a smile. Maybe that was the reason; she looked too happy.

The official line was that Moradi “did not observe the Islamic norms”. Her opponents claimed she only won because she was young and beautiful.

The whole story is in contrast to new president Hassan Rowhani’s female-friendly agenda.

After his election victory, Rowhani promised that women would be treated fairly during his political term, saying he wanted to return their “trampled rights”.

And so far his actions have matched his words, in Tehran anyway. He recently appointed Elham Aminzadeh as his vice-president of legal affairs.

But maybe Aminzadeh is not considered as beautiful as Moradi. Maybe in Aminzadeh’s campaign posters she faced away from the camera, not wanting to risk her nose, mouth, eyes and ears causing political offence.

Whether Moradi was expelled for other reasons – a genuine threat to the Qazvin council and it’s long-standing male members with her promises to fight for women’s rights and young people, perhaps – is second-guessing, though absolutely believable.

Moradi’s ejection is the most recent example of beauty getting people into trouble in the Middle East.

Earlier this year three UAE men were removed from Saudi after their striking looks caused genuine fear that “female visitors would fall for them”. They were actually deported from a country for being “too good-looking” – many people have become famous for less.

In a region where people love to groom, it’s sadly ironic that a person’s looks can be such a threat.