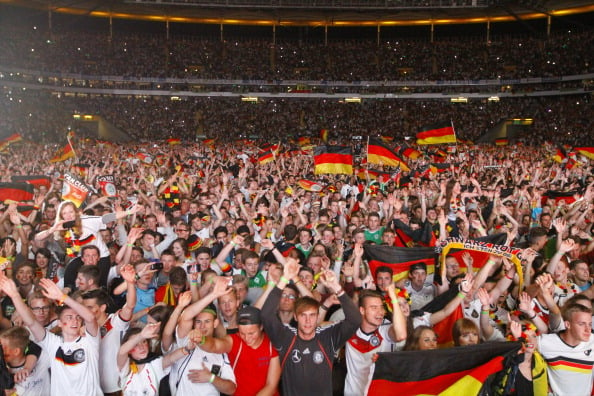 Visitors form the Middle East spent over $5.7 million during the FIFA World Cup on their Visa cards, according to the latest report from the payments firm.

These figures represent a 400 per cent rise in spending by visitors during the month compared to the same period in 2013.

Fans from the UAE, Saudi Arabia and Qatar accounted for 70 per cent of the spend from the Middle East, the report noted.

The UAE was ranked the 27th top-spending nation in the report as Visa cardholders from the country spent almost $2.5 million during the thirty-two day tournament.

Meanwhile, visitors from Saudi Arabia and Qatar spent around $840,000 and $639,000 respectively during the World Cup.

All three countries also recorded triple-digit increase in international spend compared to the same period in 2013, the report said.

Saudi Arabia recorded the largest increase in international spend at 700 per cent, followed by Qatar (276 per cent) and the UAE (243 per cent).

Visa has been seeing a steady rise in expenditure from Middle Eastern visitors since the start of the tournament.

A previous report by the payments firm revealed that visitors from the region had spent over $500,00 on their visa accounts during the first four days of the World Cup. The amount rose to reach $2.7 million after the first two weeks of the tournament, up 419 per cent from the same period last year.

Globally, Visa cardholders spent around $380 million in Brazil during the World Cup, up 143 per cent from the same period last year.

Visitors spend the most in paying for their lodgings ($55.5 million) while the rest were spent in retail ($47.4 million) and restaurants ($40.5 million), the report said.

Top spenders during the soccer tournament were visitors from the United States, the United Kingdom, France, Argentina, Mexico and Germany.

“The global attraction of the FIFA World Cup and the growing confidence and understanding of the convenience and security of electronic payments supported an influx of tourism spending in Brazil,” said Ihab Ayoub, general manager, Middle East and North Africa at Visa.