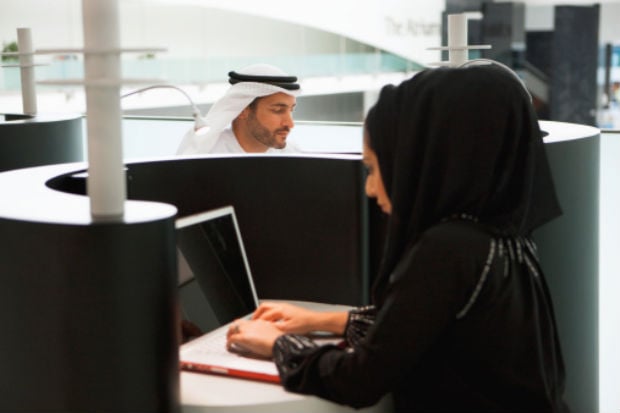 The Middle East and especially the UAE will witness a surplus of skilled workers by 2021 owing to technology advancements and a rise in the number of university graduates.

According to a global study by Towers Watson and Oxford Economics, the Middle East is expected to see a 13 per cent rise in the volume of talent demanded in the region. But the growth in demand will be offset by supply as the number of skilled workers in the Middle East is predicted to exceed demand by 0.1 per cent to 0.6 per cent per year in the coming decade.

These figures sharply contrast with Western Europe where despite having a modest growth of 3.5 per cent in the demand for talent by 2021, a talent deficit ranging between 0.4 per cent and 1.1 per cent per annum is predicted.

The study suggests that such a talent deficit will provide opportunities for highly educated Middle East workers to export their skills to other markets where there is demand.

“The changing global economy, advancement in technology and access to higher education has led to a market shift that will impact the supply of and demand for skilled talent over the next decade in the UAE,” said Ahmad Waarie, managing consultant, Towers Watson Middle East.

“For the country to continue its growth and develop as a global business hub it is important for organisations to retain their staff through innovative and creative ways that nurture and develop talent.”

The study suggested that companies in the region should address issues of employee loyalty and engagement in order to thwart a potential brain drain of educated and skilled workers in the long term.

According to Dubai’s higher education watchdog Knowledge and Human Development Authority, around 48,000 students from across the region are enrolled in colleges and universities across Dubai.

An Alpen Capital report estimates that the total number of university students in the region is expected to grow from 9.5 million in 2010 to 11.3 million in 2020 at a compounded annual growth rate.