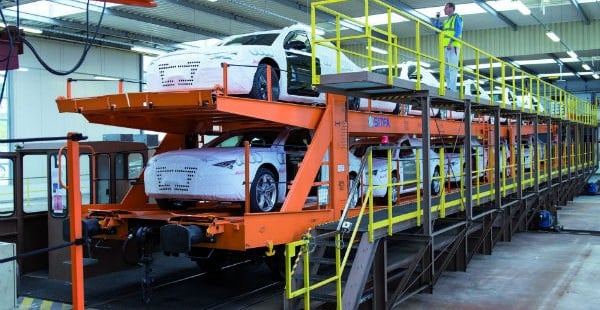 A strong 2012 for car manufacturers in the GCC led many to speculate that Dubai, the other emirates and surrounding countries were all firmly back on path to the heady, pre-2008 days.

With the UAE’s car industry reporting sales growth of 30 per cent for the first nine months of last year, and finishing with an estimated 300,000 vehicles sold by year-end, it appears the automotive market is another indicator of the economy’s health.

GCC investors should be smiling then when they learn that many of the biggest carmakers have seen impressive figures so far this year.

BMW Group has reported its best ever first quarter results for the Middle East with a sales increase of 28 per cent compared to Q1 last year.

The German manufacturer sold over 6,300 BMW and MINI cars across 13 Middle East markets, with the UAE, unsurprisingly, stealing just over half of the total sales.

But it was Bahrain that showed astonishing growth figures with an increase of 99 per cent over the same period in 2012.

“There are a number of contributing factors which play a crucial role towards our record breaking first quarter,” said Alexander Eftimov, director of sales and marketing, BMW Group Middle East.

“First of all it helps that we are operating in a region where economies are witnessing growth. This coupled with the launch of new models that are relevant and best-sellers in our region.”

BMW was not alone.

German-rival Audi reported first quarter Middle East sales growth of 23.8 per cent on 2012, selling over 2,600 cars from January to March.

The four rings reported 55 per cent of its transactions took place in the UAE with its large Q7 doing particularly good trade – 572 models of the car were sold in the first quarter, a rise of 72.3 per cent.

While sales in Saudi Arabia dropped slightly with 467 vehicles sold compared to 482 the previous year, Kuwait reported an increase of almost 13 per cent.

“Our sales results are the bottom line of products we deliver and the service we provide,” said Trevor Hill, managing director of Audi Middle East.

“By focusing on capacity and quality across the region we are strengthening the backbone for this growth and the future success of Audi in the region.”

Not to be left out of the all-German party, Volkswagen reported a 23 per cent rise in sales for its first quarter period in the Middle East, with March alone seeing 27 per cent growth on last year. Its GCC figures showed a rise of 28 per cent with cars delivered across 12 Middle East markets.

“So far 2013 has shown growth across our region as a whole, with the month of March demonstrating the strongest results to date,” said Thomas Milz, managing director, Volkswagen Middle East.

“While we shall see positive effects from our attractive and full model range and strong market position, there will also be increasingly stiff competition in this challenging market.”

Ford and Lincoln, together under the Ford Motor Company umbrella, was another to report record sales.

Growth of 14 per cent in Q1 was its highest-ever sales rise for a first quarter in the Middle East.

Size proved decisive for the North American-manufacturer as sales of trucks and SUVs saw a rise of 30 per cent compared to Q1 last year, with the Built Ford Tough trucks and the Ford Ranger reporting phenomenal growth figures of 400 per cent and 215 per cent respectively.

“Our results so far prove our One Ford plan and strategy are paying off and we remain focused on the business together with our dealers…to bring quality products that Ford and Lincoln customers want.”

Rolls-Royce reported a 22 per cent rise in sales across its Dubai, Sharjah and Northern Emirates dealerships in the first quarter.

A good start to the year for the brand that is soon to launch its most powerful car yet: the highly anticipated Wraith.

“The Bespoke vehicles we can create with the Roll-Royce Motor Cars team in Goodwood are the most exclusive motorcars in Dubai, and we believe that the desire to own a Rolls-Royce is continuously increasing,” he added.

With such impressive figures from the Middle East’s motor industry, it is no wonder Toyota recently opened its Middle East and North Africa representative office in Dubai.

If car manufacturing can indeed be used as a yardstick by which to measure a region’s economy, then the Middle East is in very rude health indeed.