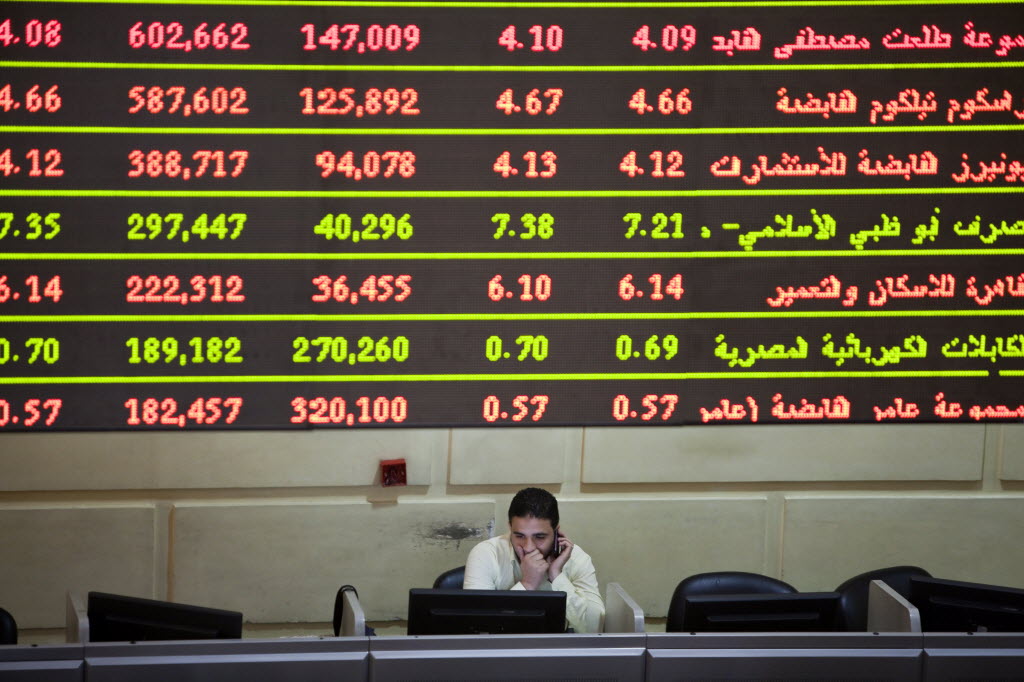 Almost half of a sample of Middle East-based fund managers expect to raise equity allocations to Egypt in the next three months, according to the latest monthly Reuters survey of leading fund managers in the region.

None expect to reduce their exposure. The results of the survey of leading fund managers in the region, conducted in the past 10 days, show growing optimism about a recovery of Egypt’s economy despite continued political uncertainty there.

Forty-seven per cent of 15 managers said they were likely to put more money into Egyptian equities, up from 33 per cent in November’s survey. All the other managers expect to keep their Egyptian allocations steady; for the first time since the survey was launched in September, none expect to cut exposure to Egypt.

Of the six major Middle Eastern stock markets covered by the survey, funds are in general most bullish about Egypt, the survey results indicated.

As the Egyptian government’s decision to list the Muslim Brotherhood as a terrorist organisation last week showed, the country is still struggling through a difficult transition back to civilian rule.

But most fund managers are assuming a drastic deterioration of public security will be avoided and are focusing instead on signs that billions of dollars worth of aid from Gulf states are starting to revive the Egyptian economy, by allowing the government to assemble large economic stimulus packages.

The main Egyptian stock index is up 24 per cent in 2013, having regained levels last seen in January 2011, just before the overthrow of President Hosni Mubarak ushered in more than two years of political and economic instability.

The survey was conducted by Trading Middle East, a Reuters forum for market professionals.

Fund managers said they were positive towards regional equities in general heading into 2014. Despite a looming reduction of monetary stimulus by the U.S. Federal Reserve, which began this month, no managers in the survey said they expected to cut their overall equity allocation to the Middle East in the next three months.

Only 20 per cent said they anticipated cutting their overall allocation to fixed income in the region, suggesting most have already positioned for a rise in global interest rates and think the reduction of U.S. stimulus will be gradual and minor.

“The market outlook over the next three months for the Middle East is positive,” said John Sfakianakis, chief investment strategist at Saudi investment firm MASIC.

“There are no imminent downside catalysts at the moment, neither in the region nor outside the region as global equities are rallying.”

Mohammed Ali Yasin, managing director at Abu Dhabi’s NBAD Securities, said: “2014 will be a promising year for the UAE, Saudi and Egyptian markets in particular in terms of equity markets, especially Q1 2014 where dividend yields for many stocks will easily beat cash deposit returns.”

However, some fund managers remain cautious about the United Arab Emirates, where the Dubai stock market has soared 105 per cent this year on the back of a recovering economy and real estate market.

While 40 per cent of managers expect to raise their equity allocation to the UAE, 27 per cent expect to reduce it, simply because they think Dubai stocks are almost fully valued for now.

Some fund managers said they intended to switch money among sectors within Gulf stock markets because of valuation issues.

Bader Ghanim Al Ghanim, head of asset management for the Gulf Cooperation Council region at Kuwait’s Global Investment House, said he expected to reduce his exposure to the retail and consumer industries after those stocks surged this year. Instead, he would raise his allocations to financial and petrochemical stocks, where valuations were now better.

One stock market which many fund managers continue to spurn is Turkey, where a high-level corruption scandal has this month added to uncertainty over the country’s political stability and its ability to support a sliding currency.

No fund managers expect to raise their allocations to Turkish equities while 13 per cent anticipate decreasing them; the rest intend to keep Turkish allocations the same, having already cut them in recent months.