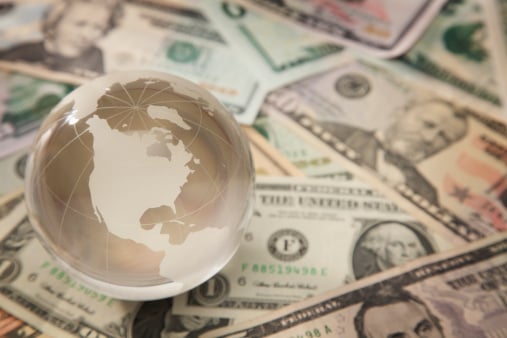 Growth in cross-border Islamic bond issues points to greater convergence in an industry that has been divided by tensions between the Middle East and Asia over sukuk rules, opening the door to a much wider pool of investors.

The Islamic finance industry is centred in the Middle East and southeast Asia, but for the most part those regions have developed independently of each other.

National Bank of Abu Dhabi tapped the Malaysian market with a 15-year, 500 million ringgit ($164.4 million) sukuk in November, its third issue in that currency.

Sukuk are investment certificates which follow religious guidelines, including a ban on interest and pure monetary speculation, and pay a profit rate based on an underlying asset rather than an interest rate as in the case of conventional bonds.

However, their structures are not standardised, and some Gulf-based sharia scholars have objected to certain structures used in Asia, a region which has proven to be more flexible in its transactions.

Last year, IIFM launched a standard contract template for Islamic profit rate swaps, with others in the pipeline including cross-currency swaps and FX forwards, Alvi said.

Sukuk issuance in the Middle East outside of the Gulf is also becoming more attractive, notably Turkey, which was recently elevated to investment grade credit status and is bidding to develop an Islamic finance industry.

“Turkey is a market to watch – they are developing their regulations to allow issuers to use a variety of sharia structures,” said Alex Roussos, counsel at law firm Norton Rose in Dubai.

Cross-border issuance is benefiting from clarity on the legal documentation required for such transactions.

“In terms of global offerings, sukuk will continue to be predominantly English law-governed because of the certainty and predictability that this legal system offers,” Roussos said.

“North African countries I believe will make their presence felt during 2013/2014 as they are nearing completion of the process of creating the legal infrastructure that will enable their sovereigns to tap the markets.”

Egypt this month announced a $12 billion bond programme that will include sukuk issuance in early 2014, which would be Irish-listed and governed under English law.

Malaysian issuers have started testing other currencies, in particular the Chinese yuan, although they have yet to tap the Gulf market.

“Cross-border issuance has been one-way traffic, mostly to tap Malaysian liquidity, but conceptually there is nothing wrong with the other way around,” said Sabeen Saleem, chief executive of the Bahrain-based Islamic International Rating Agency.

Malaysia is also promoting overseas investment by its takaful firms (Islamic insurers) as it seeks to internationalise its Islamic finance industry.

To encourage cross-border Islamic business, the Malaysian government has said takaful firms will be allowed to invest abroad without limit, lifting a current requirement for them to hold at least 80 percent of assets locally.

These firms, with 19 billion ringgit ($6.1 billion) of total assets as of the end of last year and 60 percent of it in debt securities, are major investors in domestic sukuk.

Any shift into foreign-denominated issuance could open the sukuk market to an additional pool of liquidity, although takaful firms are highly risk averse and may be reluctant to expand into new markets too quickly.