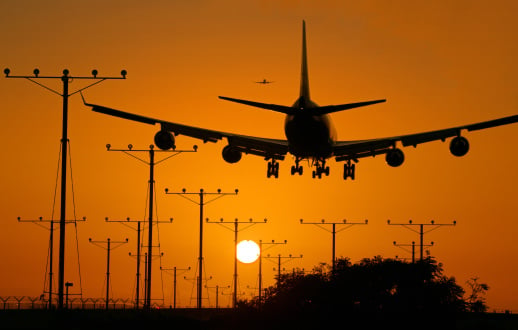 Airlines recorded a 15.8 per cent year-on-year rise in passenger demand, with capacity rising 14.9 per cent and load factor climbing 0.6 percentage points to 78 per cent during the month.

Regional carriers continue to benefit from the strength of regional economies and expansion in export orders that support international business activity and business-related premium travel, the report said.

This was exceeded by a capacity expansion of 5.7 per cent, which resulted in a softening of the load factor to 80.5 per cent, down 0.2 percentage points from the year-ago period.

“We saw, however, some shifting of the sources of that growth in September, largely driven by economic factors. The strengthening of the US and Asian economies was offset by weakness in Europe and Latin America.”

Airlines in Asia Pacific reported September demand growth of 4.8 per cent, while capacity grew 7.2 per cent and load factor dropped 1.7 percentage points to 76.2 per cent.

European carriers recorded growth of 3.9 per cent in September, down on the August rise of seven per cent. “Along with the impact of the 14-day Air France crew strike, this also reflects a lapse in the Eurozone economic recovery,” said IATA.

Indicators show a weakening in key economies including Germany, owing to the Russia-Ukraine crisis and related sanctions, as well as a reversal in prior improvements in consumer confidence, it said.

Airlines in Africa posted a 1.8 per cent rise in international demand, down from August year-over-year growth of seven per cent.

“The deceleration in growth rates cannot be immediately interpreted as a trend change as significant volatility in volumes exists for this region,” said the report.

“Adverse economic developments in some parts of the continent are responsible for the weakness in international air travel for regional carriers.”

However it added that the effect of any Ebola-related traffic downturn is mostly restricted to Guinea, Liberia and Sierra Leone, with these markets comprising a very small proportion of overall African traffic.

Going ahead, IATA predicts that airlines will record an $18 billion net profit on revenues of $746 billion for a 2.4 per cent net profit margin in 2014.

“It’s an interesting time for the global air transport industry, highlighting the complex vunerabilities of the business. The fall in the price of oil is a good example. It is good news for an industry that spends a third of its operating budget on fuel,” said Tyler.

“The full impact of the price drop will only be realised over time because of a time lag built into jet fuel pricing. And it could even be an indicator of difficulties ahead if the fall is driven by declining demand for oil rather than rising supply capacity.”

He added: “There are a lot of risks out there—growing weakness in key economies such as Europe and Brazil, the potential threat of Ebola to public confidence in flying, and the impact of political instability in various parts of the world. The positive economic developments in Asia and the US continue to underpin profitability. But it is a delicate balancing act.”