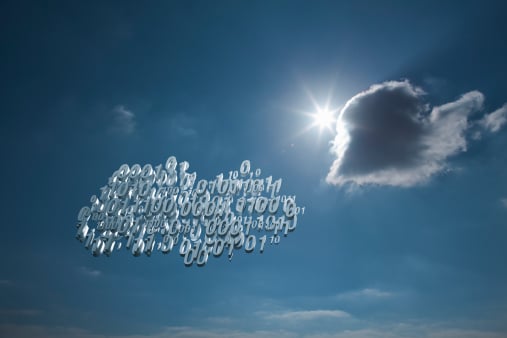 “If you take a look at cloud adoption in the Middle East, it almost matches that of adoption worldwide,” said Eyad Shihabi, managing director of HP Middle East.

“Around 60 per cent of the people that we surveyed in the region are looking at adopting some sort of cloud technology in different ways – whether it’s the infrastructure or application, between now and the end of next year,” he told Gulf Business.

The company currently has over 700 public and private cloud installations worldwide, and a number of those are represented in the Middle East, added Shihabi.

Cloud adoption is more predominant in certain sectors such as telecoms and education, stated Nassir Nauthoa, general manager of Gulf countries at Intel.

“It is evolving, we have moved from a lot of talk around the cloud to where we actually see live examples of people deploying it and we are helping customers in that process,” he said.

Intel provides customers with programs that connect them with companies that have already deployed cloud so that they can get know-how and learn how they overcame obstacles.

Dave Brooke, general manager for Dell Middle East agreed that adoption has begun in the region.

But while companies are starting to understand cloud, they are still uncertain on how to implement it, and struggle to find the right partners.

“Cloud is not package you buy off the shelf. It’s a combination of a lot of things. It’s a process, a dynamic and moving environment to get engaged in,” said Brooke.

HP’s Shihabi said: “For us, cloud migration is a journey. So they [companies] need to understand it well, they need to plan it properly and need to execute it over time. They need to capitalise on the investment they have made. That’s extremely important.”

Another concern is the security factor, said Nauthoa.

“Companies have a fear of putting their data somewhere in a cloud and that’s why people are mostly deploying private clouds where they still retain that information,” he said.

“But there might also come a point in time where companies might be willing to provide some HR information or maybe some administrative data to a managed service provider on the basis that they are comfortable that there security around that data.

“Its a mindset change. But the transition is slowly happening. If you look at the benefits of cloud – better ROI, more agility, more flexibility, I think those arguments are getting to a point where they are going to outweigh the thing of keeping everything in-house. The cost benefit ratio is getting to a point where it makes no sense not to have a cloud,” he added.