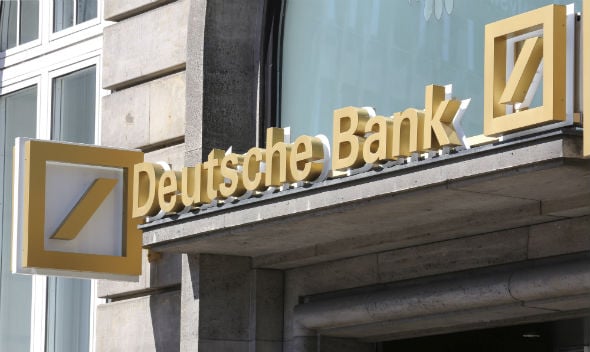 Big U.S. and European banks are cutting investment banking jobs in the Middle East as the promise of emerging markets is overshadowed by a need to slash costs and a dearth of deal activity.

Institutions including Deutsche Bank, Credit Suisse and Japan’s Nomura Holdings have all cut jobs in their investment banking teams for the region in recent weeks.

And where previous cuts have seen junior bankers shown the door, the recent round has included directors and, in Nomura’s case, the head of its investment banking operations in Dubai.

“You will see the investment banking space in the Middle East shrink further in the next couple of years. There is a lot of bankers chasing similar deals in a market which is hardly growing,” said a senior Dubai-based banker with a global bank, declining to be named as he was not authorised to speak to media.

The recent cuts follow similar moves earlier this year by Bank of America and Rothschild.

The 2008 global financial crisis put paid to those high hopes, shrinking investor appetite, and the region was hit hard by a slump in oil prices and a real estate market downturn.

Oil prices have now rebounded but since last year’s Arab Spring uprisings in the region, some sovereign funds are deploying more of their money at home as governments focus on developing their domestic economies to ease social discontent. Meanwhile, political instability in North Africa has at least temporarily deterred some investors from deal-making there.

“Many global investment banks opened shop in the Middle East during the pre-Lehman area as they were encouraged by the strong market trading volumes and appetising deal flow,” said Timucin Engin, associate director for financial services at Standard & Poor’s credit rating agency in Dubai, referring to the collapse of Lehman Brothers in September 2008.

“However, since Lehman, the trading volumes shrank significantly in most of the regional markets, and the same holds true for the investment banking deals.”

Faced with less business in the region, as well as the euro zone debt crisis and stiffer regulation at home, global banks’ patience threshold is far below what it was in the boom years.

The age of headquarters in New York or London subsidising investment banking business in the Middle East is over, giving way to a focus on revenue generation and cost reduction.

Banks have relocated some of their top bankers home or to regions where prospects are better. Other bankers are pulling the plug themselves, in order to set up shop on their own or move to more attractive financial centers.

Rothschild moved its Middle East investment banking head Herve Sawko to Paris in May, replacing him with Chris Hawley, a mergers and acquisitions banker. Paul Reynolds, managing director for debt and equity advisory services and a key figure during Dubai’s 2009 debt restructuring, is also leaving the region for the boutique bank’s northern Europe operations.

In March, HSBC named Andrew Dell as the bank’s chief executive officer for South Africa, in addition to his role as head of debt capital markets for central and eastern Europe, the Middle East and Africa. Dell relocated to Johannesburg from Dubai as part of the change.

Some are shifting to other banking sectors where prospects for growth look better. Albert Momdjian, an investment banker who ran Credit Agricole’s business in the region, moved to a senior job in Swiss bank UBS’s emerging markets wealth management division last year.

Bankers are hopeful that deal activity will increase in coming years as political stability gradually returns to the Middle East after the Arab Spring, and when the euro zone debt crisis eventually shows signs of being resolved.

But the U.S. and European bankers competing for future deals may be flying in from outside the region, not operating from Dubai or other Middle Eastern centres.