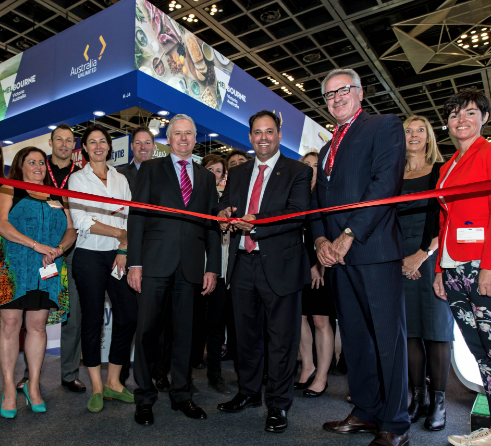 The Middle East has been named as one of the fastest growing market for food and beverage products from Victoria, Australia, the state’s government has said.

Exports to the Gulf Co-operation Council region are worth more than $2.76bn, of which food and drink accounts for nearly half, making it one of the state’s largest export destinations.

Victorian horticulture exports are expected to grow in the United Arab Emirates in particular, the state government announced during a showcase at Gulfood in Dubai this week.

The UAE along with Bahrain, Qatar and Saudi Arabia import more than 90 per cent of their food and drink from abroad.

The states minister for Small Business, Innovation and Trade Philip Dalidakis said: “The growing prosperity of the region is opening up enormous new opportunities for Victorian producers to boost exports of our world class products.

“Gulfood will give participating companies an invaluable first-hand understanding of local market dynamics and the opportunity to create and strengthen trade and investment connections and partnerships.”

Food security in the GCC remains a long-standing issue given countries’ reliance on imports, though the Victorian government said this would ‘drive opportunities’ for their local suppliers.

However, the GCC’s dependance on imports has left them dangerously vulnerable to an increase in global food prices. In 2007 a global food shortage forced many countries to halt exports, causing staple prices to surge almost 59 per cent in the region.

In recent years, Gulf countries have ramped up their domestic agricultural production and invested in agricultural farmland overseas to overcome the region’s penury of arable land and scarce water resources.