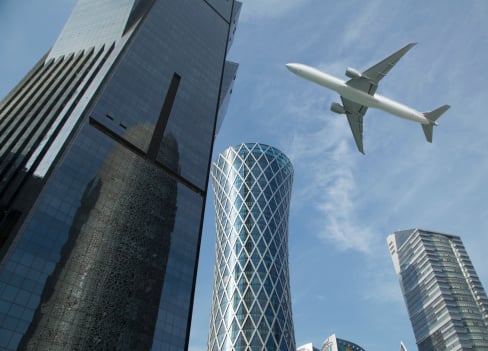 Middle East carriers are expected to post a profit of $1.5 billion in 2013, higher than was earlier expected, according to the latest outlook released by the International Air Transport Association (IATA).

“Passenger demand [in the Middle East] is expected to continue apace at 15 per cent, well ahead of the anticipated 12.6 per cent capacity expansion,” said the report.

“The region’s successful hubs continue to connect long-haul traffic, with particular strength in facilitating connectivity to emerging economies in Asia and Africa,” it added.

Overall, IATA upgraded its global outlook for the entire airline industry, increasing its 2013 profit projection to $12.7 billion, up 19.8 per cent compared to its previous estimate released in March.

The amount also indicates a massive 67 per cent hike from the $7.6 billion profit generated by airlines in 2012.

“On revenues that are expected to total $711 billion this year, the net profit margin is expected to be 1.8 per cent. Indicative of the characteristically razor thin profits of the airline industry, even this small margin will make 2013 the third strongest year for airlines since the events of 2001,” the report stated.

Profitability has been driven by more efficient use of assets and macro-economic factors. Oil prices are expected to average $108 per barrel (Brent) this year, a little below the $111.8 average for 2012, in part due to increasing supply from North America.

The industry load factor is also expected to average 80.3 per cent, a record high. A total of 3.13 billion passengers are expected in 2013 — the first time that passenger numbers are above the three billion mark.

“Generating even small profits with oil prices at $108/barrel and a weak economic outlook is a major achievement,” said Tony Tyler, IATA’s director general and CEO.

“Improved performance is what’s keeping airlines in the black,” he said.

“This is a very tough business. The day-to-day challenges of keeping revenues ahead of costs remain monumental. Many airlines are struggling. On average airlines will earn about $4 for every passenger carried—less than the cost of a sandwich in most places,” he added.