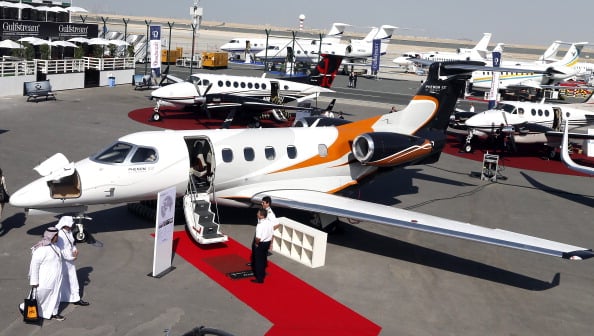 The Middle East’s air passenger traffic is expected to grow at a compounded annual growth rate (CAGR) of 6.7 per cent between 2012 and 2032, outpacing other traditional routes such as Europe and North America, a new report has found.

According to a report by Alpen Capital, air passenger traffic in the UAE, Saudi Arabia and Oman is expected to grow at 6.6, 6.9 and 7.2 per cent respectively between 2012 and 2017.

“Having grown steadily over the last two decades, the GCC aviation industry has outperformed most of the regional markets,” said Sameena Ahmad, managing director, Alpen Capital.

“This growth is attributed to the region’s rising population with high disposable income; strong presence of expatriates who travel frequently to their native countries; favourable geographic location; a burgeoning tourism sector; and an underdeveloped railway network in the region.”

As a result, the total fleet size is expected to increase 4.7 per cent during the period to reach 2,850 aircraft by 2032.

“The sector is also enjoying the dual benefits of the liberalisation measures adopted by most of the member-nation governments, on one hand, and the opening up of the global aviation market on the other,” said Ahmad.

As the Gulf aviation industry becomes competitive, the sector also faces a number of challenges, including air space congestion that has resulted in increased operating costs and flight delays.

Another pressing challenge is the shortage of skilled personnel required to maintain the new aircraft, the report added.

“The region with its sophisticated airports and fastest growing carriers has carved a niche for itself, globally, through its excellent hospitality and competitive ticket prices,” said Sanjay Bhatia, managing director, Alpen Capital.

“This will go a long way in promoting the overall growth of the aviation sector in the GCC.”