Microsoft-Nokia Deal: What Does It Mean For BlackBerry? - Gulf Business 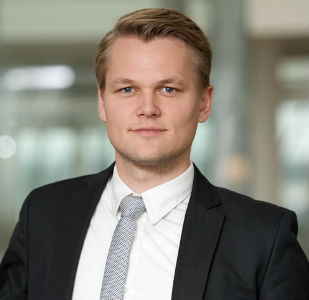 Microsoft’s acquisition of Nokia’s mobile division means three things. It is a good deal for Nokia. It has the potential to be a disaster for Microsoft. As for BlackBerry, the deal means that patent portfolio may be the only valuable asset.

Nokia, the once largest mobile manufacturer in the world, has seen its mobile division deteriorate since 2007. Operating income has plunged from EUR 7.7 billion to minus EUR 1.1 billion in 2012. The cause? Apple’s disruption of the mobile industry with its groundbreaking iPhone, the first truly smartphone that excited the consumers.

In the next phase, South Korea’s giant Samsung outpaced Nokia by delivering a full suite of good smartphones running Google’s Android OS at various price points attacking Nokia on all fronts. Nokia was too slow to adapt, and as happens in nature when an animal does not adapt, the company’s mobile business died.

Nokia’s board of directors did the right thing and got the best deal possible given the trajectory of its business. With the share price up 40 per cent the market certainly agrees. Microsoft is paying EUR 5.44 billion for Nokia’s devices and services division absorbing 32,000 employees, a patent portfolio, the Nokia brand and a mobile hardware production.

This is a very good deal for Nokia as it gets out of the mobile business before it takes down its other divisions. Given that Nokia’s mobile divisions operating income is still not positive it is a very good deal. The deal reduces Nokia’s business and financial risk with the bondholders coming out as the biggest winners.

The job is not done for Nokia. In fact the struggle might continue, but today Nokia is the winner.

Is Nokia now interesting for long-term investors? A month ago Nokia bought out the remaining stake in its networking joint-venture with Siemens. Combined with today’s selloff of its mobile division, Nokia is now in a position to pursue new endeavours. At this point it is very difficult to overview the profitability profile and the new entity’s future potential for return on invested capital, so a clear view on Nokia’s valuation is very difficult.

The only thing we know is that the network business is not generating positive operating income and that the business is extremely competitive with low margins. The job is not done for Nokia. In fact the struggle might continue, but today Nokia is the winner.

The deal superficially looks good for Microsoft because it can now control both the software and hardware. This would finally make it possible for Microsoft to imitate Apple’s winning recipe. But is it the right strategy for Microsoft?

Microsoft is traditionally not a hardware company and to build a culture that embraces the collaboration of both software and hardware engineers is difficult. That is why Apple’s culture is unique.

Google’s strategy in the mobile industry mirrors Microsoft’s strategy in the old days of personal computers. Build great software and mass distribute it to all available and willing hardware makers. That strategy would have been a perfect fit for Microsoft but it missed the boat.

Academic literature shows that most acquisitions fail to deliver on expectations. I bet it will be the same for Microsoft. It will not be easy to integrate 32,000 employees that have previously been proud Nokia workers. They now have to accept they lost and are being swallowed by a big American corporation.

Morale is likely low and Microsoft has to be extremely fast to get back into the game. Its Windows Phone is not selling as expected and Nokia is also disappointing on sales figures with the brand unable to lure consumers to switch from their Apple and Samsung smartphones.

It will require a gigantic turnaround in its mobile division to justify the acquisition and make a decent return on invested capital. The easy money in smartphones is already gone as the industry matures. I foresee difficulties integrating Nokia in a lean way that speeds up innovation. Actually the opposite may very likely be the case and in the end Microsoft may end up writing down the goodwill on this deal.

Microsoft’s acquisition means that there no longer exists one obvious buyer of BlackBerry’s mobile division. BlackBerry is finding itself in a very ugly position with fewer and fewer good options. Microsoft will not buy it. Google has pursued a very different strategy from Apple. Samsung has absolutely no interest.

The problem is that BlackBerry is running a different OS and the world of smartphones is currently being divided by Google, Apple and Microsoft. No other industry player is willing to acquire BlackBerry because it means that it will have to abandon its other OS to go for a not very popular OS.

One of BlackBerry’s board members hinted the other day that maybe the company should get out of the mobile business and become a niche player. I agree, but BlackBerry should not even be a niche player in the enterprise segment because it requires a full presence with hardware production. To boost return on invested capital the company should focus solely on its security and data network capabilities.