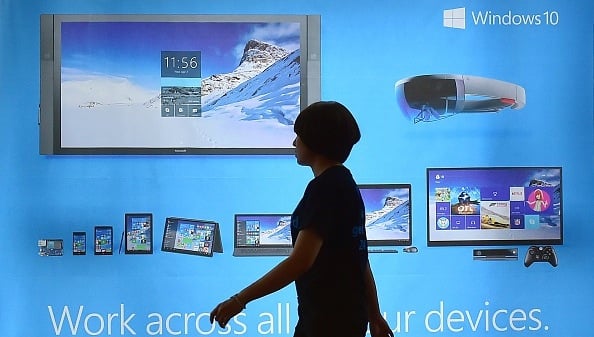 Microsoft has announced the much-awaited launch of its Windows 10 OS, which is now available as a free upgrade and with new PCs and tablets in 190 countries worldwide.

Featuring a new browser, the old menu option and a bundle of apps, the new OS is hoped to boost the profile of Windows, which is facing tough competition from Google’s Android and Apple’s iOS.

“A new era of Windows starts today. From the beginning, Windows 10 has been unique — built with feedback from over five million fans, delivered as a service and offered as a free upgrade,” said executive vice president of Windows and Devices Group at Microsoft Terry Myerson.

“Windows 10 delivers on our more personal computing vision, with a natural, mobile and trusted experience.”

In a major revamp, Windows 10 will feature the return of the familiar start menu while also allowing an option for the Windows 8 live tiles.

Windows 10 also introduces a new Xbox app integrating devices with the Xbox One.

Meanwhile the upcoming Office desktop apps (Office 2016) will be optimised for large-screen PCs, laptops and hybrids and will offer more options for professional content creation.

Dubbed the most secure Windows ever, Windows 10 includes built-in, enterprise-grade security. It also includes enhancements to Windows Defender and SmartScreen to help safeguard against viruses, malware and phishing. A new feature, Windows Hello, offers a secured, password-free way to log in.

The new OS also has voice, pen and gesture inputs for interaction with PCs. It’s designed to work with Office and Skype and allows you to switch between apps.

Windows 10 is delivered as a service and will be kept up-to-date automatically with upgrades and security updates, the company said.

It will be available across devices including PCs, tablets, phones, Raspberry Pi, Xbox One, HoloLens, with more than 2,000 devices or configurations already in testing.

All customers running a genuine Windows 7 or Windows 8.1 PC or tablet can upgrade to the Windows 10 from Wednesday.

People who reserved their upgrade to Windows 10 will be notified in waves when it is ready to be installed, the company said.

The company has also worked closely with retailers in UAE including Emax, Jumbo Electronics and Sharaf DG to help people easily upgrade, it said.

For business customers, Windows 10 is available to start deploying within their work environments, and starting August 1, organisations that have volume licensing can upgrade to Windows 10 Enterprise and Windows 10 Education.

The new software will be available in retail stores around the world between mid-August and September.