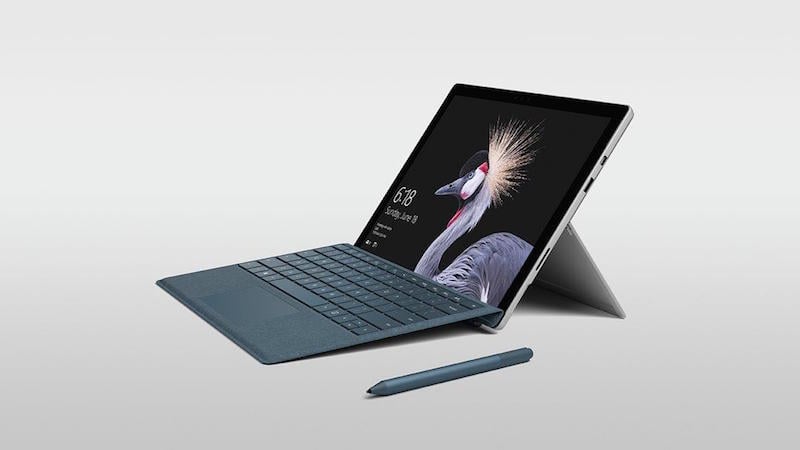 Microsoft has launched the latest version of its Surface Pro device in the UAE, it announced on Monday.

The new Surface Pro comes with 50 per cent more battery life than its predecessor, the Surface Pro 4. According to Microsoft, users can continuously use the device for up to 13.5 hours.

It features a 12.3-inch PixelSense display, is “hyper-slim” and is claimed to be “the quietest Surface Microsoft has ever produced” thanks to a fan-less design.

The device, which runs on Window 10, also comes with three processor options – Intel Core m3, Core i5, and Core i7 and a range of configurations, from the Core m3 with 4GB RAM and 128GB of SSD storage, to the Core i7 with 16 GB RAM and 1TB of SSD storage.

Models with LTE connectivity will also be available later this year.

In the UAE, the device will be available from September 20, with prices starting at Dhs4,499.

“Powered by Windows 10, the Surface Pro has been re-engineered from the bottom up,” said Mohammed Arif, Windows and Devices Business Group lead, Microsoft Gulf.

The launch of the new device comes amidst falling sales of personal computing devices (PCD) in the region – although detachable tablets have seen strong growth.

The Middle East and Africa PCD market – including desktops, notebooks, workstations, and tablets – suffered a decline of 7.3 per cent year-on-year in Q2 2017, according to the latest report from International Data Corporation (IDC).

PCD shipments fell to around six million units for the quarter, the report found.

The decline was mainly due to a drop in shipments of slate tablets (15.7 per cent) and desktops (21.9 per cent).

“This was the result of desktop users increasingly switching to mobile devices such as notebooks or even refurbished notebooks, while users of slate tablets shifted to smartphones,” said Fouad Charakla, IDC’s senior research manager in MEA and Turkey.

Shipments of notebooks and detachable tablets increased year-on-year by 11 per cent and 63.3 per cent respectively in Q2.

Speaking to Gulf Business last month, the newly appointed head of Microsoft Gulf Sayed Hasish confirmed that the company was bullish about the growth of the Surface Pro in the regional market.

“We are still committed to our Surface line of products – we have made new innovations there as well,” he said.

“The market [for Surface] will continue as per our assessment. We believe there is still room – not just for us – but also our partners to create more innovation on that front.”

He added: “For the devices that just consume content – especially with the innovation on mobiles – yes, the demand for them may be going down. But with devices like Surface that consume and produce content, we believe there is still opportunity.”