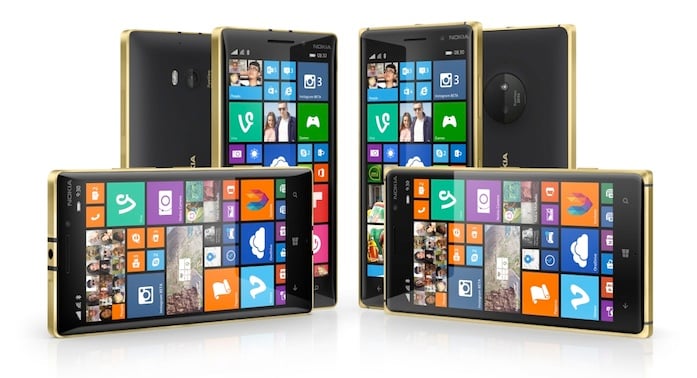 Microsoft Devices announced that it has launched special golden editions of the Lumia 830 and 930 smartphones in UAE.

The golden editions are offered only in select markets including the Middle East, and the smartphones, anodised with gold colour, will be available in black and white.

Jon French, VP Middle East, Microsoft Mobile Devices, said: “The shades of gold have always been revered as a symbol of luxury especially in the Middle East region. We are excited to bring exclusive editions of flagship Lumia devices that tap into the pulse points of the regional lifestyle community.”

In terms of features, both the phones have 5-inch display screens, and operate Windows Phone 8.1 OS.

Launched in the UAE in November last year, it was priced at Dhs1,499.

The 930, which runs on a 2.2 GHz quad-core Qualcomm Snapdragon 800 processor, comes with a 20MP rear view camera with optical image stabilisation, and a 1.2Mp HD front camera. It includes 2GB RAM and 32GB internal memory.

Billed as the flagship Lumia device when launched in June last year, the Lumia 930 was priced at Dhs2,199 in the UAE.

The new gold editions come even as Microsoft struggles against stiff competition to gain marketshare in the smartphone segment.

According to a recent report by IDC, Android and Apple’s iOS accounted for 96.3 per cent of all smartphone shipments in 2014, with the Windows Phone trailing with a 2.7 per cent share globally.

Windows Phone had the smallest year-over-year increase among the leading operating systems at 4.2 per cent in 2014, IDC found.

“Having finalised its acquisition of Nokia in the spring of 2014, Microsoft relied primarily on a long list of entry-level Lumia devices to maintain its position in the market,” the report said.

“With the launch of Windows 10 later this year, Windows Phone stands to make a more concerted effort to return to the high end of the market.”