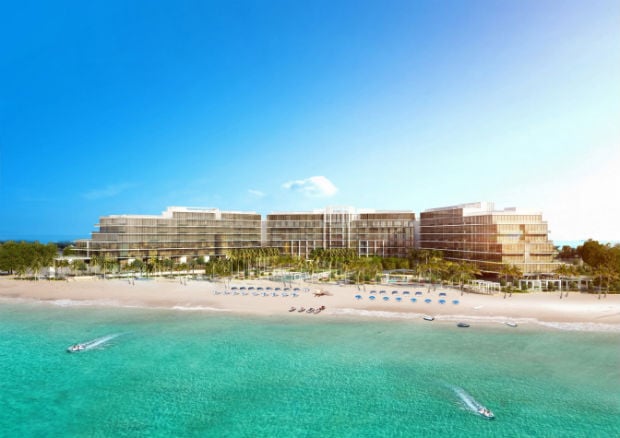 Morgans Hotel Group, the operator of the Miami-based Delano hotel, has announced that it is launching the brand in Dubai.

Delano Dubai, scheduled to open by 2017, is the third property under the Delano portfolio and will be operated in partnership with IFA Hotels and Resorts.

The 110-key deluxe hotel apartments will be situated in Palm Jumeirah and will be a part of a mixed-use resort development known as The8.

The apartments will have one, two and three bedroom units along with a presidential suite. They will also be styled in a similar way to the original Delano properties in South Beach in Miami and Las Vegas.

“Dubai is an ideal destination for us to debut our first Delano property in the Middle East,” said Jason Kalisman, interim CEO of Morgans Hotel Group.

“Managing this hotel with their specialist asset management, IFA Hotel Investments, will enable us to benefit from their extensive experience in development and operations in this market, and allow us to work together to redefine Dubai’s resort scene.”

The luxury boutique hotel apartments also fit in with the theme of The8, which looks to replicate the style of a Miami Beach resort.

The development is currently under construction and will feature both the Delano-branded hotel and other stand-alone residential properties.

IFA Hotel Investments will oversee the asset management and operational aspect of the development.

“The selection process saw many international brands interested in the project and I am delighted with the final choice of the Delano brand, backed by Morgans Hotel Groups’ expertise,” said Joe Sita, IFA HI CEO.

“The entrance of the Delano brand into this region, working alongside our residential services teams, will augment a growing brand implementation strategy within the city.”

Flourishing tourism and an increasing urban population have attracted many international hotel operators to set up both hotels and hotel apartments in the emirate.

Taj Hotels also announced the opening of a second hotel in Downtown Dubai earlier this month.