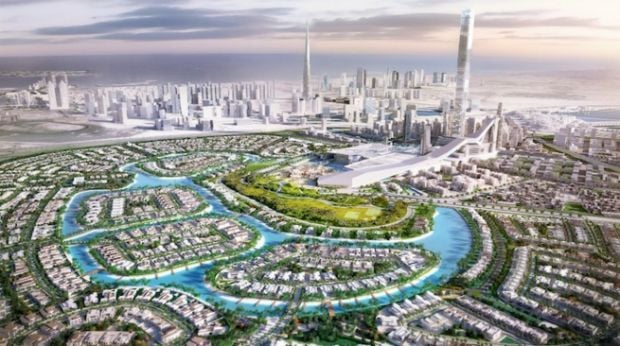 The new phase will include 217 four, five and six bedroom freehold villas, officials confirmed. The pricing has not yet been revealed.

The company – a joint venture by developers Meydan and Sobha – also said it has sold out all the villas in the first two phases.

Handover is scheduled to begin in mid-2016 and both phases are slated for completion by 2017, the company said.

The latest villas launched in phase three can also be expected to be ready within 24 to 36 months, Meydan chairman Saeed Humaid Al Tayer told reporters.

“Even if phase three takes time, we will go ahead with it,” he said.

Launched in 2013, the Dhs 25bn District One project is spread across 45 million square feet and will feature villas, parks and the world’s largest man-made lagoon. The Crystal Lagoon will offer residents swimming, paddle boarding and other non-motorised aquatic leisure facilities and is anticipated to be ready by the end of the year.

The project will also have a shopping and dining promenade, a community centre, an international school and a children’s nursery along with mosques.

In December, a new 8.4km cycling and running track was also opened within the development.

Chairman of Sobha Group PNC Menon confirmed that the new phase was being funded by the company’s cashflow. “We are not approaching banks,” he told reporters.

While the exact number of phases has not yet been decided, Menon said they hoped to fully complete the project by 2020.

He also dismissed fears of a slowdown in the Dubai property market. “We still have demand from buyers, we are not reducing prices.”

Al Tayer added: “Dubai is a consistent market and intelligent people will seek good opportunities. This is a long-term project not driven by speculative buyers and offers a once-in-a-lifetime opportunity for investors.”

He also said that in line with the growing demand for mid-market housing in Dubai, Meydan Sobha plans to soon launch a new project targeting the affordable segment.

More details about the project will be revealed within the next two months, added Menon.