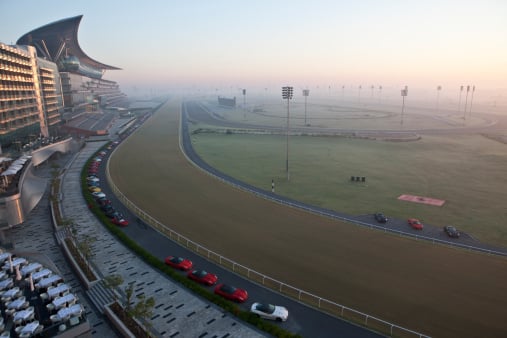 Developer Meydan and WL Hospitality Group, a lifestyle and hospitality investment company based in Dubai have signed a deal to build the world’s largest man-made park.

The adventure park to be named Wire World is set to cover 25,000 square feet and will be located in the centre of Meydan, adjacent to the racecourse.

The park will be designed using natural materials, in keeping with WL Hospitaility’s plans to make the park sustainable.

Trees, rocks and poles will be scattered across the plot to form obstacles. There will also be several circuits and tracks that will house a bike park.

“We are delighted to announce and showcase our plans for not only the first ever adventure rope course in the UAE but also the largest man-made park of its kind in the world,” said Danny Haddad, CEO of WL Hospitality.

“We feel that the park, due to its size, varied offering and green credentials is unique and offers something that has never been experienced here before,” he added.

When completed the project will be the group’s first from a series of proposed deals including hotel projects in Switzerland, New York and Saudi Arabia.