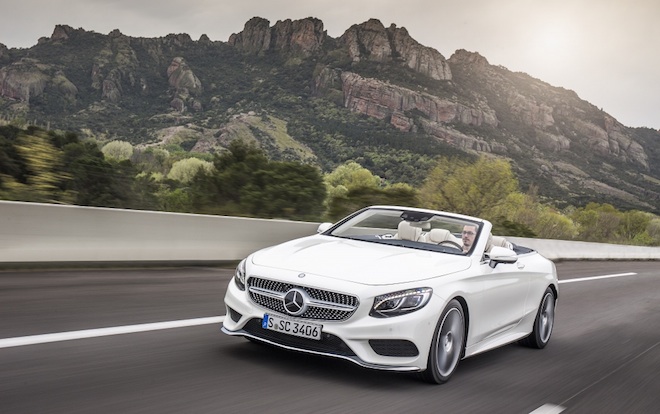 Luxury carmaker Mercedes-Benz recently trucked down its latest models to Nice where media had the chance to test drive them around the French Riviera.

The new Cabriolet is the sixth variant of the current S-Class family and the first open-top luxury four-seater from Mercedes-Benz since 1971.

Board member of Daimler AG, Mercedes-Benz Cars Sales & Marketing Ola Källenius said the Middle East market is on a high and solid level but “slowing” in conjunction with the fall in oil prices.

“In the long term, the Middle East remains a growth market in our view and important market as we have a strong luxury performance segment there,” he said.

China continues to spearhead global sales with business up 30 per cent in the first quarter and over the last year – and Källenius was equally bullish about its prospects despite some luxury brands now witnessing a slowdown.

“Even if the growth rate of the economy should go down, the denominator gets bigger every year – ownership is still low, sitting at about 100 cars per 1000 people. We can’t expect a smooth ride, it will be a market with volatility and that’s why it’s so important to have a local production footprint, so you can react to those market swings.”

Mercedes-Benz is planning eight to 10 more models, without predecessors, within the next four years.

Zero emissions mobility is a key focus and it recently invested another 500 million euro investment into expanding its battery system production in our plant in eastern Germany.

Autonomous drive is another ‘mega trend’ and Källenius expects the transition will be gradual, although new features are now coming on stream (with the new E-Class, you can park it with your smartphone). “We are investing heavily in this sector – we won’t take the steering wheel out of the car soon, but there’s many situations when it isn’t fun to drive and you want to relax.”

The prices in the Middle East for the new models are as follows:

(Note Mercedes-Benz SLC 180 is only available in the Levant)