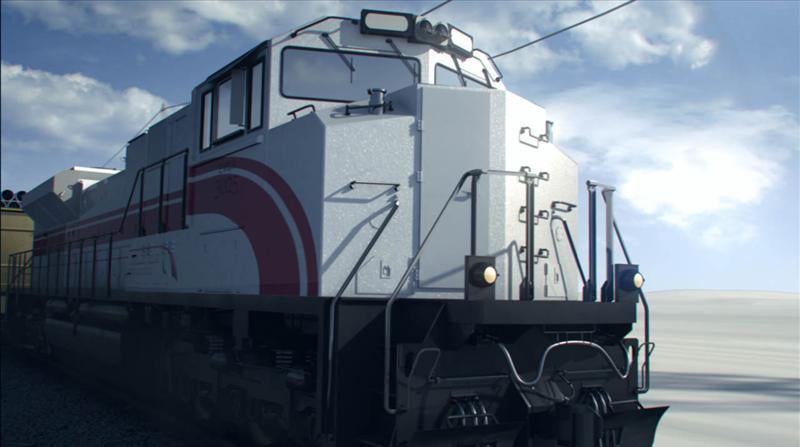 The dawn of railways in Europe in the early 19th century, and the advent of aviation in the late 20th century make the idea of an early 21st century pan-continental rail network seem fanciful on grounds of both scope and expense. But that’s exactly what is happening in the UAE and the GCC, as governments recognise the modern-day business case for the huge infrastructure benefits in freight and passenger movement that will result.

The UAE’s Etihad Rail is spending $10.9 billion on building a 1,200 kilometre route network that will connect urban, industrial, port and logistics locations.

The network will also form a vital part of the GCC railway system, linking the country at its western border with Saudi Arabia at Ghuweifat, and with Oman at Al Ain in the east. The network will boost the UAE’s already impressive logistics network, and enable passengers to travel from Abu Dhabi to Dhabi in around half an hour. One day, it may be possible to hop on a train from Kuwait City to Salalah. The notion of a new, much augmented “Berlin-to-Baghdad” railway stretching from London to Sana’a no longer seems impossible.

The design and construction of railways in the UAE is planned in three phases to be completed by 2018, and will eventually be joined to the wider GCC interconnecting railway planned from Kuwait City to Salalah. The 2011- 14 scheduled 266 kilometre Phase One line involves freight between Shah and Ruwais, in the UAE’s western region. The 2012-17 Stage Two will see Ruwais linked to Ghuweifat in the west, and the coastal leg of the Shah-Ruwais line to Abu Dhabi, Dubai and Al Ain. Stage Three, planned for completion in 2018, will link the Abu Dhabi-Dubai line to the Northern Emirates, including separate branches to Ras Al Khaimah and Fujairah.

John Lesniewski, Etihad Rail’s commercial director, gave an update on the progress of UAE projects being carried out by Etihad Rail at a conference in Abu Dhabi late last year.

A network length of 1,200 kilometres of mainly double track is envisaged.

Around 300 structures, including stations and 10 tunnels, will be built. Rail speeds are up to 120 kilometres per hour (km/h) for freight, and up to
200 km/h for passenger trains.

“The rail network will be designed and built to a blend of international standards”, Lesniewski says, “with diesel traction for start-up, with options to electrify.”

Several milestones have already been completed in the construction of the three phase UAE rail network. Etihad Rail announced the selection of the US’s Chicago, Illinois-based Electro- Motive Diesels (EMD) to manufacture seven desert-specification EMD70AC locomotives for Stage One of the project in July 2011, and delivery was scheduled for 2012.

The company says it awarded the contract to the company, “a leader in the construction of diesel-electric locomotives” for all commercial railroad applications including intercity passenger, commuter, freight, industrial, and mining. “EMD will design, manufacture, deliver, test and commission locomotives for Stage One of the network, running from Shah to Ruwais,” it says.

In September 2011, Etihad Rail awarded China South Locomotive and Rolling Stock Corporation Limited (CSR) a contract to supply 240 covered wagons for the carriage of granulated sulphur in the Western Region of Abu Dhabi emirate. In October, the most significant development to date for the entire project took place with the award of the civil and track works contract for the first stage of the network, between the western region cities of Habshan and Ruwais by 2013 and then Shah and Habshan by 2014. The contract was awarded to a consortium comprising Italy’s Saipem and Tecnimont and UAE-based Dodsal Engineering and Construction PTE Limited.

Tendering for the contract commenced in 2010 and construction is now well under way.

“The $900 million Civil & Track Works contract comprises the design, procurement and construction of the railway infrastructure, in addition to the testing and commissioning of all assets relating to the completion of the first phase of the project,” the company says.

“The contract also includes the earth works and track’s site grading, bridge structures, communication systems, and the development of the depot at Mirfa.”

This followed the signing of an agreement with ADNOC for the transfer of up to seven million tons a year of granulated sulphur on the line for export from Ruwais.

In May 2012 the company signed a memorandum of understanding (MoU) with DP World for the development of an intermodal rail terminal in Jebel Ali Port.

The move is expected to reduce heavy goods vehicle congestion on Dubai’s roads once Phase Two is complete.

“One Etihad Rail train will carry up to 260 TEUs (twenty-foot equivalent container units), which, if transported by road, would require at least 130 trucks, and by 2030 it is expected that the Jebel Ali intermodal rail terminal will have a capacity to handle the transfer of five million TEU’s per annum,” Etihad Rail says.

In July 2012, the company issued tender invitations for the first three contracts for Stage Two of the rail network, comprising the design and build of new lines between Ruwais and Ghweifat (137 kilometres), Liwa Junction and Al Ain (190 kilometres), as well as for the railway integration and systems contract (covering signalling, communications and commissioning) for the Stage Two network. Further Stage Two tenders have been issued to date.

The enormous responsibilities of leading the project were highlighted by the sudden departure of CEO Richard Bowker, who left in March to take up a directorship with the English Football League, a position he is thought to have coveted earlier in his career. This left a vacuum filled by an interim CEO before Bowker was replaced by Dr. Nasser Al Mansouri, former director general of the UAE’s National Transport Authority (NTA) for five years.

Dr. Al Mansouri will be tasked with overseeing the crucial roll out of the most important aspects of the project in the busy 2012-15 period, when most of the planning and tendering for the future railway will take place.

SAR’s establishment was approved by the council of ministers in 2006, and earthworks, civil and track works, plus signalling and telecommunications
contracts were awarded between 2006- 09. The contract on Riyadh Railway Station was awarded in April this year.

However, the remoteness of the Saudi desert and the intensity of the weather conditions have led to severe problems for the track already laid and the wagons that use them. Dr. Al Malik explained how drifting sand frequently makes sections impassable. Sand ploughs have been commissioned to deflect and reposition drifts.

The varying nature of the works and the problems imposed by the inhospitable conditions have provided useful work for international companies and consortia from as far afield as the US, Australia, Germany, Spain, China, Canada, Greece and South Korea.

No one can doubt the resolve of the captains of the UAE and GCC economies to turn the railways into a catalyst for the next generation of economic growth.

Dubai’s Jebel Ali Port, and Abu Dhabi’s new Khalifa Port Terminal, coupled with smaller facilities on the UAE’s western and eastern coasts will, coupled with a smoothly functioning rail network going farther afield, turn the UAE – and ultimately the GCC – into a logistics hub at the centre of the world which other global regions will find hard to match.