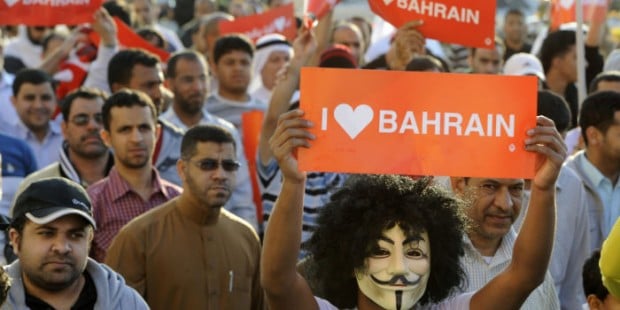 If the reasons for the Arab Spring could be condensed into one word, it would simply be ‘jobs’.

Whether at odds with dictators, autocrats or monarchs, the Arab youth are fighting for employment. Everything else stems from being employed: dignity, social justice, meaningful participation in society and economic growth.

“Jobs have taken a centre stage in the policy debate due to recent world developments ranging from consequences of the financial crises to that of the Arab uprising,” notes the World Bank in a report. Jobs are in particularly short supply in the Arab World.

The latest International Labour Organization data shows that Middle East youth unemployment rates stood at 26.4 per cent, more than double the global average of 12.7 per cent in 2012.

Meanwhile, overall unemployment rates in the Middle East and North Africa are expected to stubbornly remain in double-digits till 2017, close to double the global average.

While unemployment remains a global problem given lower economic growth across Europe and much of North America, the Middle East and Africa region is facing structural employment issues.

MENA governments have been unable to manage the expectations of their citizens. Populations are rising at a fast clip, while economic growth has failed to catch up and absorb the rising workforce.

The Arab World’s population of 355 million people is growing at a rate of 2.1 per cent each year, and much higher in some of the more populous states.

Indeed, the youth unemployment rate is staggering in places like Yemen (35 per cent) Iraq (43.5 per cent) and Tunisia (29.4 per cent).

It is unsurprising that Yemen and Tunisia have seen regime-change, while Iraq has been severely troubled over the past few years, despite rising oil wealth.

Another country teetering on the edge of crisis is Algeria, with the second largest youth unemployment rate in the region at 45.6 per cent.

This lack of inclusiveness has compelled many citizens to display their dismay publicly and react fiercely against the status quo.

Gulf employment remains an issue, but it is nowhere near the crises levels of the wider Arab World. Thanks to oil riches and smaller populations, Gulf governments have been able to absorb the labour force in public sector jobs.

Still, GCC governments will have to create 3.3 million jobs over the next 10 years to keep unemployment in check, according to Al Masah Capital.

GCC governments have thrown cash at the problem and launched fiscal stimuli to revive the economy and create jobs, with mixed results.

“With the help of an extensive welfare system, GCC citizens’ wealth has been increasing at the cost of a fiscal drain on government accounts,” said M.R. Raghu, head of research at Kuwait’s Markaz.

“Citizens can afford unemployment, living off the paradise supply of transfers from their governments which derive from unsustainable oil rent.

“Welfare in the GCC is creating adverse incentives to its citizens by indirectly demotivating dynamic job seeking attitudes since there is little fear of unemployment.”

The problem is most acute in Saudi Arabia, the most populous Gulf state, which is facing double-digit unemployment.

A few years ago the government instituted the Nitaqat programme, which rewards or punishes companies according to their Saudisation rates, but critics argue that the problem has added costs and are not suitable for smaller businesses.

“The problems businesses face when hiring Saudis come despite a ready supply of young Saudis (over 35 per cent of the population is under the age of 15) and an unemployment rate of over 10 per cent. However, changing cultural mindsets and improving education levels will prove a time-consuming process,” said the EIU.

“There is a risk that, by enforcing Saudisation too rigorously in the near term, the government will undermine the country’s own economic potential, making it a less attractive market for business and thus in turn only adding to, rather than alleviating, the problem of Saudi unemployment.”

Still, Gulf governments have had some success in generating private sector employment. Out of the seven million jobs created over the past decade, the private sector accounted for 6.2 million.

However, it is unclear whether these were filled primarily by expatriates.

Job creation in the Gulf and the wider Arab World will require a holistic approach. Educational reforms and skills training will be crucial to match skilled labour with the needs of businesses.

Arab states lose $50 billion each year due to youth unemployment, according to management consultants McKinsey & Co.

“Governments in many of these nations spent heavily on creating educational institutions but did not lay the foundation to employ students that pass out from these institutions.”

In addition, only a third of the graduate employees are prepared for the workplace, according to McKinsey, which highlights the huge mismatch between education and actual skills required to secure meaningful employment.

Oil-exporters such as Gulf states, but also Iraq, Iran, Algeria and Libya, will need to make a special effort to divert hydrocarbon revenues to job-creating industries such as petrochemicals, banking, telecommunications and services.

Real estate and property are other major job and wealth generators.

“The government contract would also enforce the private investor to abide by nationalisation policies.”

Governments are also encouraging the development of small to medium enterprises, which are often viewed as job engines in developed economies.

“Arab governments and their development partners need to adjust their economic policies and assistance programmess to respond to the demands for inclusive growth and social justice. Failure to do so will lead to continued unrest and instability,” warned Raghu.