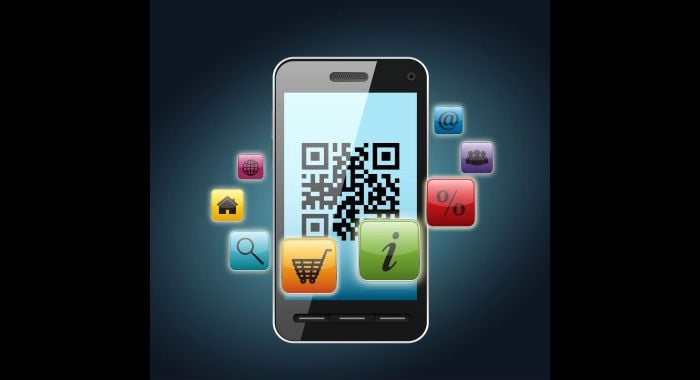 E-commerce was estimated to have increased by 45 per cent in 2012 across MENA, more than double the global average.

Online businesses are set to take full advantage of this momentum, according to entrepreneur and co-founder of Namshi.com, Louis Lebbos.

“Since most of the large e-commerce players in the region have received significant new funding there will be a general focus on growth and market expansion while at the same time improving operational efficiency.

“At the same time this investment did bring attention to the space in the region, and in 2013 we will see more of the large offline retailers get on the e-commerce bandwagon, as well as entries from foreign competition.”

Namshi, a start-up launched late in 2011, has capitalised on the Middle East’s nascent online shopping sector.

Rising populations and the growth of small businesses are expected to support more venture capital transactions in MENA over coming years.

Roland Daher, head of business development at Wamda, a platform that connects entrepreneurs, said: “We’re seeing a consistent growth in the number and the size of MENA startups year on year. Awareness and a shift in culture and perception towards starting up a business, the proliferation of incubators and accelerators as well as angel investing networks and early stage funds, the increasing support of private sector companies to startups and the growing prospects of specific verticals (like e-commerce) are some of the factors driving growth.”

Online shopping may not have hit the heights of Western markets, but the Middle East has offered significant growth for transactions providers.

“Online shopping is a very important element in our growth strategy,” said Stephen Leeds, business leader for emerging products and innovation in the Middle East for Visa. “It’s now part of the everyday retail experience for many shoppers in the GCC and across the region. With residents spending more time than ever on the web, GCC e-commerce sales are estimated to grow to almost $15 billion by 2015.

“However, there are issues that still worry online shoppers and these include the security of transactions and ensuring they get what they pay for.”

To meet security concerns, Visa has introduced the ‘Verified by Visa’ technology that provides secure online and mobile payment services, which it says enables customers to enjoy online purchases with trust and confidence.

Given the rapidly changing nature of cyber-crime, Visa is also documenting a roadmap to conduct awareness programmes on card crime and providing exposure to new technologies to track and combat online frauds for the law enforcement agencies across the region.

The growing usage of smartphones has spurred online transactions and changed the way businesses behave.

For instance, Foodonclick, the largest food ordering website in the UAE, has seen smartphone orders take off recently.

CEO Nevzat Aydin said: “According to 2012 Mobile Planet research by Google, the Middle East is leading the smartphone race globally with 62 per cent of mobile users being on smartphones in UAE and 60 per cent in Saudi Arabia.

Recognising this, we introduced an iPhone app, and in a short while orders through the iPhone app were accounting already for over 12 per cent of our daily take.”

The ‘always on always with you’ device has become an indispensable part of consumers’ daily lives. The UAE has 73 per cent internet-enabled smartphone penetration and the Google survey also found that 30 per cent of UAE respondents would rather give up their TV than their smartphone.

The Android platform also hit a 42 per cent milestone as it captured the majority of the smartphone market in the UAE late last year.

“As lives are getting busier consumers are looking for more convenience and smartphones facilitate this by saving time and helping users work and satisfy their other need while on the move − ticketing, paying bills, ordering food − all these and even more is now possible to be done through your smartphone,” said Aydin.

“Following the success of our iPhone app, we are now developing applications for Android and Windows devices,” he added.

There are high hopes that fledging e-commerce businesses like this could help plug a worrying unemployment gap in the Middle East.

Foodonclick started operations in Dubai in June 2010 with a team of two and currently has a staff of 26. Aydin said as the site expands into other GCC countries he will most likely double staff levels in 2013.

Warrick Godfrey, co-founder and chief marketing officer of Cobone.com, said: “Digital and mobile marketing is vital to any e-commerce strategy. A couple years ago, retailers could get away with having one or two people on their digital team, this is not the case today.

“Many e-commerce companies now can employ from twenty to over a hundred people to run and execute digital marketing operations. With the market poised for such growth, I anticipate that most MENA ecommerce companies will be on a hiring spree this year.”

Barry Judge, head of marketing in UAE at Dubizzle, the largest and one of the oldest classifieds site in the Middle East, said: “E-commerce is gaining at the expense of brick-and-mortar businesses in the region. I think it will accelerate in 2013 as e-commerce continues to gain share from traditional businesses.”

How have these traditional businesses improved the way they use the internet for selling?

The changing shopping habits of consumers in the MENA region is driving change for companies looking to profit from the online world.

2013 will be a year for e-commerce to spreads its wings and for the bold to create jobs.

For start-ups, spending their investment wisely will be top of mind.