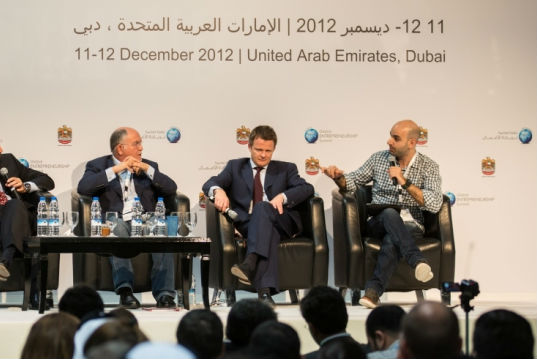 Too much focus is being given to startup companies and not enough to the ‘more boring businesses’ in the MENA region, according to one expert speaker at the Global Entrepreneurship Summit on Tuesday.

Tom Speechley, CEO of Aureos Capital and a senior partner at Abraaj Capital, suggested the idea of an entrepreneur has become lost in the world’s obsession with young, new, exciting concepts, partly due to the fame of Facebook founder Mark Zuckerberg.

“A lot of the time is spent focusing on technology and startups in this part of the world, when in my view a lot more time should be spent on much more boring businesses that produce plastic containers or rubber gloves,” said Speechley, speaking at the event in Dubai.

“People see Mark Zuckerberg starting Facebook when he was young and think ‘to be successful you need a young team’. By and large, I disagree with that.

“The big challenge at the moment is we have to create 50 to 100 million jobs in this part of the world literally for unemployment not to get worse, and I can tell you we are not creating anywhere near that number of jobs at the moment.”

Speechley was speaking at the 3rd annual event which this year aims to bring the MENA region’s most prominent names in business together with SMEs and entrepreneurs.

Despite the focus on SMEs and startup businesses, Speechley had some honest news for entrepreneurs in the room.

“We’re focusing too much on startups which aren’t creating jobs because the issue is not starting a business, it’s making a successful business,” he said.

“You haven’t done anything by starting a business – you need to scale it up, you need to be employing thousands of people.

“What type of businesses will create thousands of jobs, millions of jobs in this part of the world? They may be the boring ones that produce food, that manufacture things. I think that’s where we should be spending our time.”

Earlier in the day Speechley and Badr Jafar, managing director of Crescent Group, discussed how Arab SMEs must ‘export their champions’ and look beyond their countries’ borders.

The summit was opened earlier in the day following speeches from HH Sheikh Mohammed Bin Rashid Al Maktoum and a video message from the President of the United States, Barack Obama.