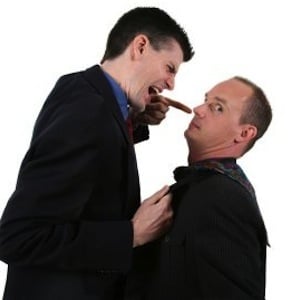 Almost half of MENA managers believe that micro-managing is essential, with only 14.4% thinking that it is a ‘very bad idea’.

According to jobsite, Bayt.com, 53.4 per cent of managers believe that their delegation skills are just right.

Bosses in the region also react strongly to underperformance, with 47.9 per cent saying that they will fire an employee after several warnings, and 37.3 per cent dismissing staff after just one warning.

In the Management Challenges in the MENA poll, which surveyed over 10,000 people, Bayt.com found that around 24.3 per cent of managers in the region look for ‘professional success’ above all else in candidates, while most employees prioritise ‘open, respectful communications’ with their managers.

Team-playing skills were found to be second most important when hiring – 22 per cent of managers will choose a candidate who knows how to work in a team over character (14.7 per cent), general success (11.4 per cent), technical skills (10.7 per cent), communication skills (6.6 per cent), leadership (5.5 per cent) and academic success (4.7 per cent).

The poll also showed that 79.7 per cent of managers have no issues hiring colleagues who are more qualified than themselves. The majority (62.9 per cent) would hire a qualified candidate who is ‘very different’ – only 10.6 per cent say that they will not do so.

Mid-career employees are considered to be hardest to manage by 37.2 per cent of respondents, though 34.4 per cent believe that those at entry level are harder.

Most managers (29.9 per cent) claim that the most difficult aspect of their job is managing multicultural teams, though building trust and loyalty is also considered challenging by 24.8 per cent.

“The diverse nationalities that make up the typical working environment in the Middle East can prove to be as challenging as it is culturally enriching,” said Amer Zureikat, VP Sales at Bayt.com.